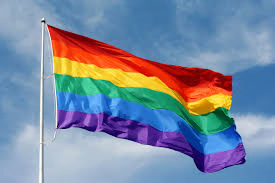 The country has been celebrating 50 years since the decriminalisation of homosexuality, but how far have we come? No-one doubts the country has made enormous strides since a time when young men faced prison sentences and hormone therapy for being gay, but to say the community no longer faces hate would be a lie. There are 72 other countries in which LBGT people still don’t have equal rights, and surely it would be a better use of our time to think about how we can change that than to simply sit smugly and contemplate how great and accepting we are.

Owen Smith said in an article for the Guardian on the issue, “gaining treatment others take for granted is not some special gift: equality is not a privilege… Gratitude should only be awarded to those LBGTQ people who needlessly had to waste their lives to win us the rights and freedoms that they themselves were denied.” These points were in amongst many others which were equally powerful, but I feel these particularly sum up the feeling many of us should have on the issue. It would be easy for us to accept that the LBGT community has achieved equality, but it is that sort of notion which allows us to slip into a dangerous complacency. Progression, in all areas of society, is not complete until all possible progression has been made. In this instance, I feel, this can not be said to be the case.

Hate crime is far from a non-issue. Homophobia is still alive in one form or another. Thankfully, it exists more as an undercurrent than as a day-to-day issue for many, but the fact it exists at all makes it more than worth tackling. Non-violent homophobia, the sort that can be found in church halls or sex education lessons is perhaps far more common. There are still many who believe homosexual couples should not be allowed to marry or raise children, and that’s why these issues were so much more contemporary than the decriminalisation act. Surely we cannot celebrate 50 years of ‘equality’ when gay couples were not even allowed to marry until 2014? Theresa May, in fact, voted against a measure in 2002 allowing gay couples to adopt, and in 1998 voted against a bill to lower the age of consent for homosexual acts from 18 to 16. These are not decade old issues.

We need to continue to ask questions about our attitude to gender and sexuality, otherwise progress will stagnate. Not only that, but we cannot forget that there are many places and many people still suffering as a result of poor visibility of these issues. We cannot give up as a society the struggle to improve and change, especially now, when it would be so easy to decide ‘we’ve done enough’. We haven’t, and it could be a long time before we have.