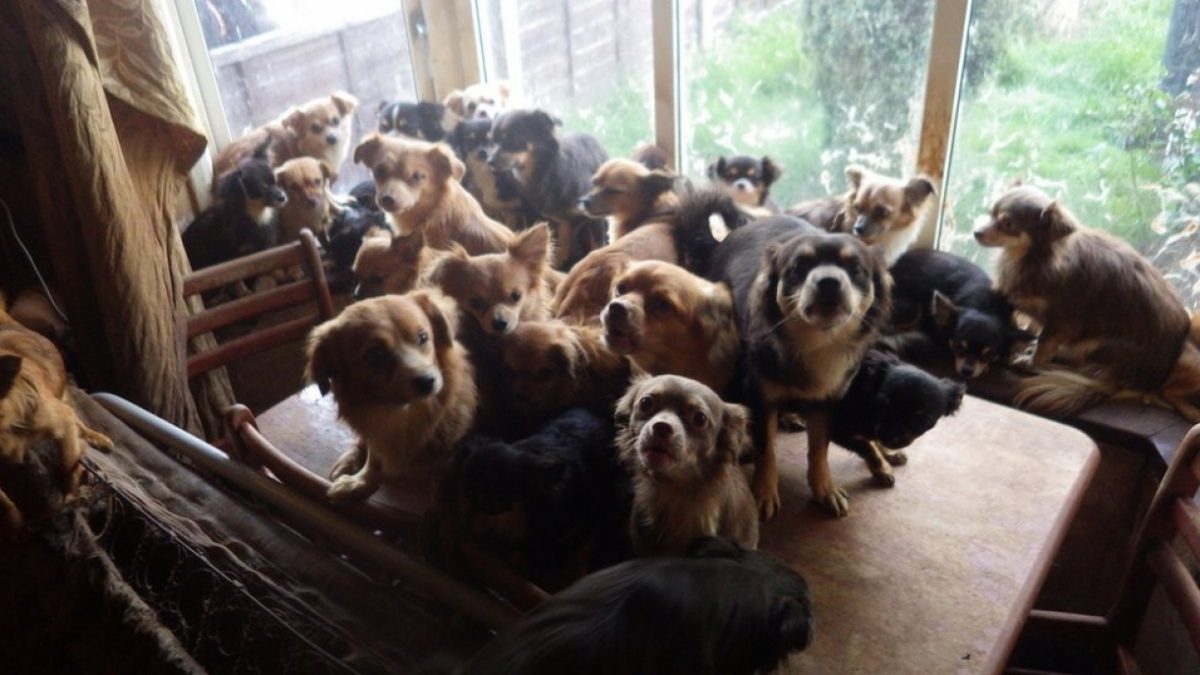 82 chihuahuas have been discovered at a house in Birmingham after police were called to investigate a death. The house was reported as ‘[looking] like an earthquake had hit [it]’.

The RSPCA were called to the property in Birmingham after police raised concerns about conditions.

Some had matted coats and fleas, with others having burns, the inspector said.

The dogs were found in April 2017, but the discovery will be shown on the show The Dog Rescuers on Channel 5. The couple who lived in the house had started out with two of the dogs but did not get them neutered and after four years, they had 82 gods.

They said it was a case of hoarding, but the dogs had been loved. ‘The house looked like an earthquake had hit it, everything was higgledy-piggledy, it was really chaotic and dirty.’

Police launched an investigation after the woman living in the property died but found there was no suspicious circumstance and that she had died from complications following an accident.

The charity helped the woman’s husband renovate the property while the dogs were looked after by the RSPCA.

Four dogs were returned to the man while the others found new homes.

The story will be featured on The Dog Rescuers on Channel 5 on Wednesday at 19:00.