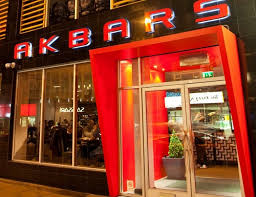 Just picture it: I was celebrating my 17th birthday a week after its occurrence because my best friend, who was supposed to be sleeping over, got ill and couldn’t come. I was obviously disappointed, but I knew I’d be going out for a meal with my parents instead. I chose Akbars, an Indian restaurant in Newcastle, and did so quite enthusiastically as I love curry and Indian culture and my sister – who is the total opposite – was at a sleepover of her own that night.

We went to Akbars, the promise of the place ringing on Facebook and Trip Advisor reviews. I thought I was going to have one of the best curries going. I was wrong.

Akbars is a nice enough place inside (the outside is pretty boring and average, as is the location), but the food is not all it’s hyped up to be. Chicken tikka masala is not what you expect. It’s watery, lacks the coconut kick and that special something that makes it so nice. The keema rice is poor – you can taste the just-boiled state of it and the dhansak was the spiciest I’ve ever tasted, and Nisha’s makes it spicy.

To be fair, the naan bread is huge, as are the poppadoms, and they are both lovely to eat. But when I go for an Indian meal, I’m not just going for bread and some thin, round things, am I? No, is the answer.

The waiters are always nipping outside for a cigarette or two (one actually smoked a full one in about five minutes, much to my amusement) and then came back in through the door a bit too close to our table for my liking. You can smell the smoke clinging on them and coming in from the door where other staff (including chefs) are still smoking.

Overall, I was mightily disappointed by Akbars (or, as I like to call it: ‘Cackbars’).