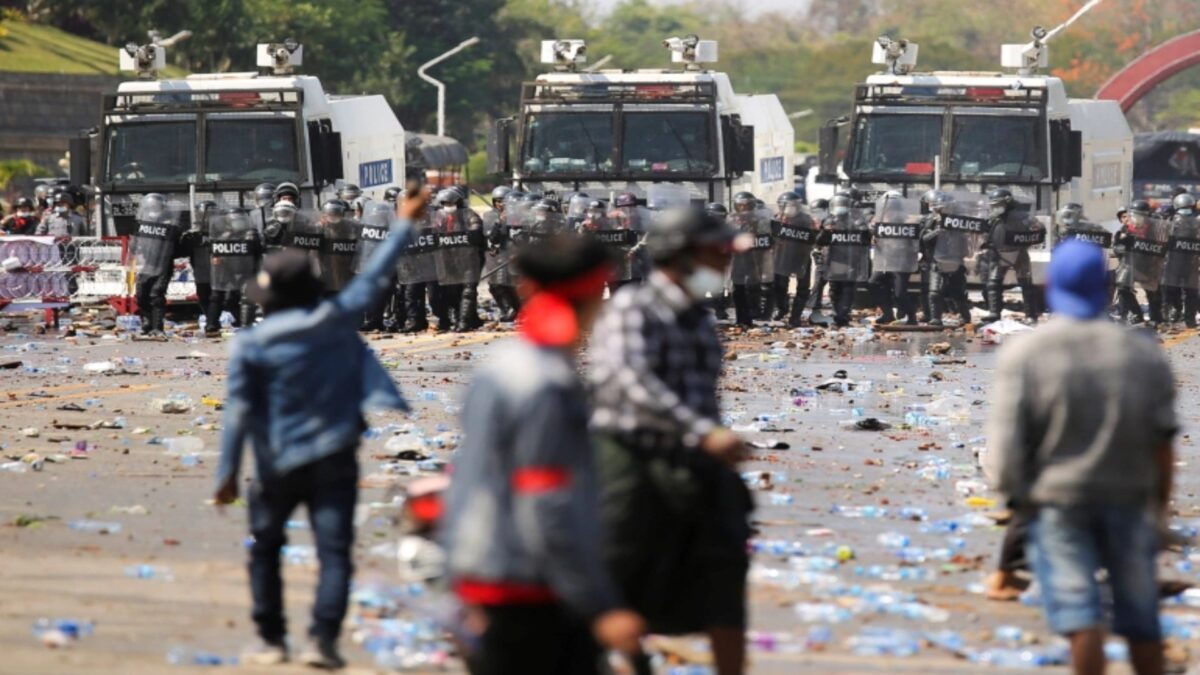 Police at Myanmar protests have killed at least 10 demonstrators, medics have said, making Sunday 28 Februrary the deadliest day of rallies since the military removed the nation’s elected government.

The killings occurred as social media footage showed protesters running away from police charging at them, using live bullets, rubber bullets, stun grenades and tear gas. The violence now comes as protests against the imposed military coup – which you can read about here – showed no signs of stopping.

According to the UN, at least 18 people have been killed and 30 injured, and it is expected that numbers will continue to vary until they can be officially verified.

In Yangon, Myanmar’s largest city, a woman died after police used stun grenades to break up a teachers’ protest. The official cause of her death is yet to be established. 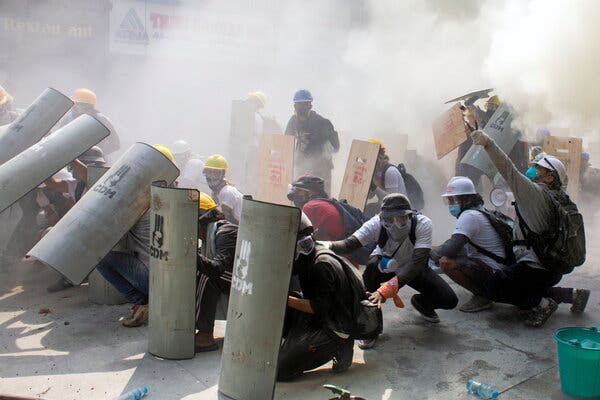 Deaths are not the only thing police are resorting to during the protests, though. At Saturday’s protests, state-run MRTV television reported that more than 470 people were arrested. It is not clear how many protesters have been detained on Sunday, though dozens of medical professionals are believed to have been taken.

Since Myanmar’s military detained Prime Minister Aung San Suu Kyi and key members of her Party, rallies on the streets of the country have continued in great strength. They have been organised not by political groups, but by professionals such as teachers and lawyers, coming together to condemn General Min Aung Hlaing’s – the head of Myanmar’s army, and now the country – removal of their elected government.

General Hlaing has come under fire from the UN for his involvement in the genocide of Rohingya Muslims, an ethnic minority group, in Myanmar. Some 900,000 Rohingya have fled to neighbouring Bangladesh as refugees as their homes and villages are torched by the military.