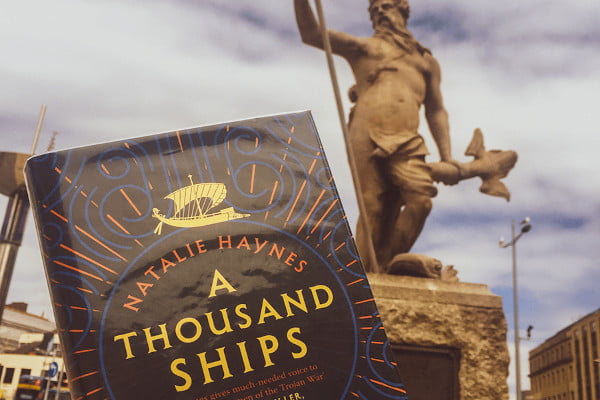 Natalie Haynes’ retelling of the Trojan War was attractive to me based on the description – a retelling from the view of the women.  After reading her book, Pandora’s Jar, I was more than excited to read and she did not disappoint.

We all have heard of the Trojan War – Paris steals Helen of Troy beginning a long and bloody conflict. But we have not read it like this. 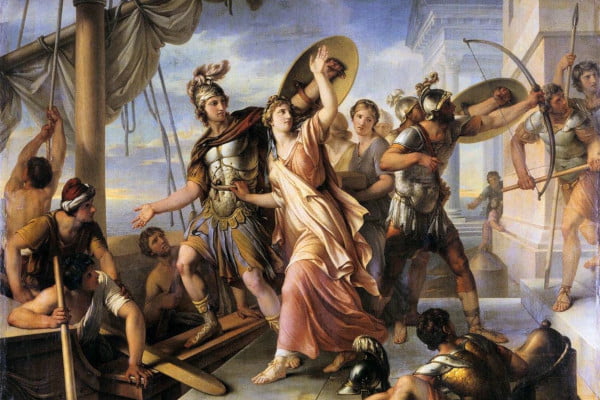 The guide in this story is the muse of epic poetry, Calliope, we are given an interesting and new perspective of the Trojan War that has scarcely been explored. As the muse answers the pleas of the poet, who I can assume is probably Homer, she says, “this is a women’s war, just as much as it is the men’s,” and this story demonstrates this in every chapter.

This makes the war not an epic event, but a tragedy that affected so many needlessly. Haynes brings all these women to life with wit and emotion, with each chapter from the view of a different woman.

We read of the anguish of the women of Troy who lost their husbands and sons in a long and bloody war. Penelope awaits Odeyssesus’ return whilst fiercely defending the kingdom he left behind and Clytemnestra plots her revenge. Even in the shortest chapters, you really gain a sense of the character and emotions of all the women. They have to make decisions for their survival or to ensure their death. How to cope. How to find justice, revenge and freedom.

In this narrative, it is the men who are forgettable lines this time. 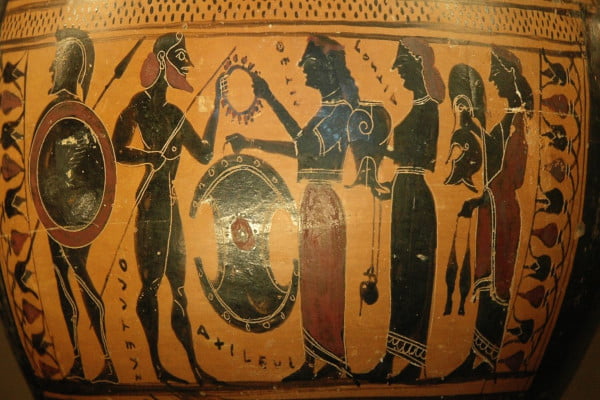 I found the chapters from the view of the various goddesses really interesting. Those who are familiar with the myths recall it is the goddess’ judgment of Paris that helps cause this war. Athena, Hera and Aphrodite’s squabble seem petty in the traditional myth. But then we are given a chapter from their perspective and the perspective of Gaia, Mother Earth herself and it turns the meaning of the Trojan war on its head.

Haynes tells a well-known story in a smart, entertaining and heartfelt manner using narratives we know little about. Truly a great book to read it you are a fan of classic literature or not.