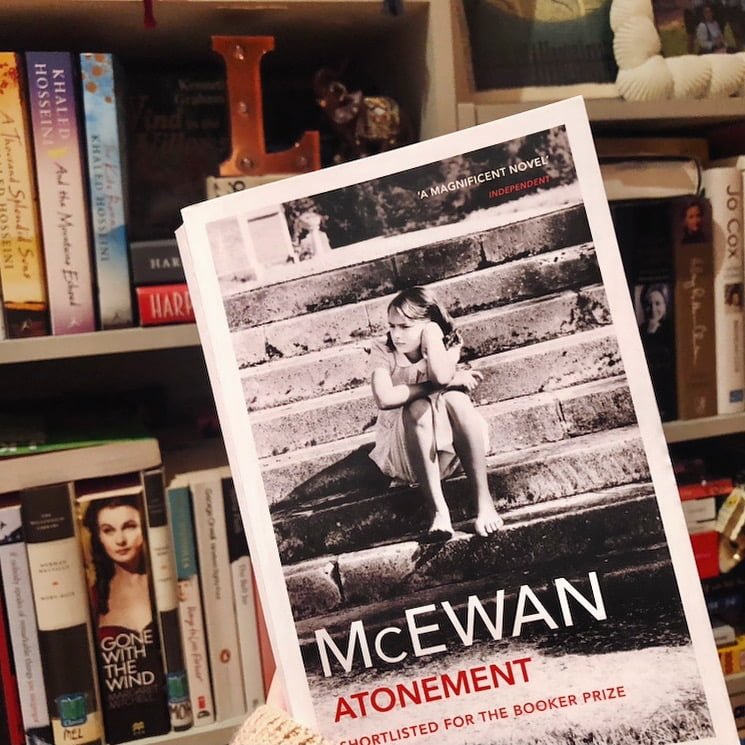 About five years ago in my youth youth, I put a film called Atonement on one Sunday afternoon. From the beginning, I was hooked. I then found out it was a book. Five years later, one pandemic-stricken summer, I bought the book and kept it next to my bed until I was free to read it. I finished it yesterday and let me say this: I absolutely adored it.

Atonement is one of those novels that captures you from the off. Ian McEwan does admittedly take his time a bit at the beginning, painstakingly recounting a hot summer’s day where a young child, Briony, is forcing her cousins to perform a play. This one day takes up about a third of the book. As the characters all fuss over one another, there is a tension and suspense built up from the off. You just know something bad is about to happen – and that’s why you must keep reading.

Written virtually seamlessly from three different perspectives, you learn nothing factually new in the first part of Atonement, but you learn what’s going on in each key characters’ head: Cecilia loves Robbie, Robbie loves Cecilia, and Briony, the young meddling sister of Cecilia, is confused about it all. And makes a choice that will haunt her forever.

It must be noted that Atonement, first and foremost, is about love. It’s two young people of very different backgrounds, but who are intellectually matched, trying to figure out why they’ve been frosty with each other lately. As we find out in the library, it’s sexual frustration. Hence why Atonement is not for the easily-offended or a younger audience. It’s a little bit rude/very sensual, but most of the book is perfectly fine. Just be warned.

What I loved most about Atonement, though, aside from the ‘stream of consciousness’ style of McEwan’s stellar writing, is the description from Robbie’s – a soldier – perspective of Dunkirk. I can rarely get away with war fiction, but McEwan is different. Every time I opened the book during this part, I felt I was trudging towards the beach with Robbie. You go on a journey in Atonement and you are reminded quite starkly of the horrors of World War Two, from many perspectives; perhaps in a way you’ve never experienced before. After all, there’s something private and intimate about reading a novel, and when there’s an in-depth, direct stream of thought about being at war in front of you, there’s no choice but to be pulled in.

And, at the end of McEwan’s incredible tale, there’s a slight plot-twist. It’s tear-inducing, but it’s strangely satisfactory. I found it easier to bear than the film’s ending, which is perhaps why McEwan does what he does. Apologies for the vagueness, but you’ll understand once you’ve read it.

Overall, then, I was so delighted with Atonement. It did not let me down. There are a few negative reviews out there, but pay no heed to them. Atonement is so good that I feel lucky to say it was published in my lifetime. McEwan’s story and writing style is easily something that could have been produced along with the literary classics like Wuthering Heights and Tess of the D’Urbervilles. And that’s some of the highest praise I can afford any novel.