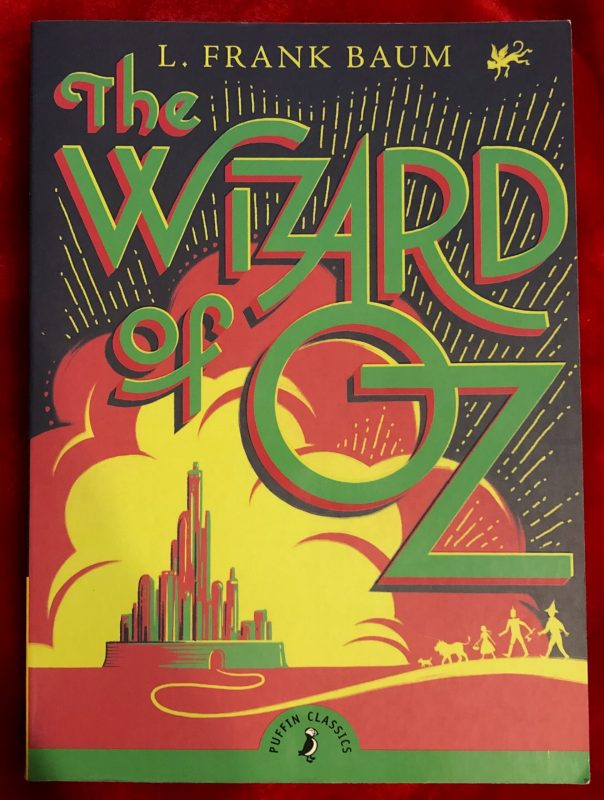 Kindness. Wisdom. Courage. Those are the three things that L. Frank Baum’s most famous children’s book, The Wizard of Oz, is about. Those three things and, of course, the ever-important lesson that home really is where the heart is.

At the ripe age of 20, I eventually dug into Baum’s children’s classic, 120 years after publication. I grew up adoring the Hollywood film adaptation of The Wizard of Oz starring the ethereal Judy Garland and have been dying for the moment I’d open America’s first fairytale ever since I bought it from New York Public Library in 2016.

I was not disappointed.

This wonderfully-crafted and simply-worded children’s tale is one that, even at that ripe age of 20 (or over!), you can enjoy with a good cup of tea and a blanket. It’s the age-old ‘Follow the Yellow Brick Road’ story, featuring Dorothy, Toto, the cowardly Lion, the heartless Tin Woodman and the brainless Scarecrow. And, of course, the Wicked and Good Witches of the East, West, North and South. I can confirm that Glinda (notable for the drop-dead pink ballgown in the film) is just as beautiful in Baum’s writing: gorgeous red ringlets, a massive white dress and a voice you imagine to be as soft as snow.

As for the storyline, little is different from the film. Except that those ruby red slippers are actually silver. And that Toto is never stollen from Dorothy at any point. They remain firmly together all the way through.

It is a lovely tale to tell you the truth, and it’s because (perhaps as an adult looking back) you can see very easily the point of Baum’s story. The Scarecrow, the Lion and the Tin Man didn’t need brains, courage or a heart – they developed all of those things themselves along their journey. The Scarecrow devises the plans to get to the gorgeous Emerald City; the Lion always stands up for his friends; and the Tin Man is so kind that he is sure to never step on an ant. They had all those things within them – they just needed the chance to practice them.

And as far as little Dorothy’s concerned, she learns one big lesson. That being; home is where the heart is; where your family is; where you’ll be missed. Though in the book Dorothy is never intent on leaving, she still learns the lesson that once home is taken from you, or you leave it quite unexpectedly, you’ll miss it and you’ll long to go back for it.

The Wizard of Oz, then, is a brilliant book for some light reading – even as an adult. For fans of the film, it’s a wonderful little trip back to the Emerald City. And for young readers, it’s a few life lessons that, as you grow older, will begin to make much more sense.