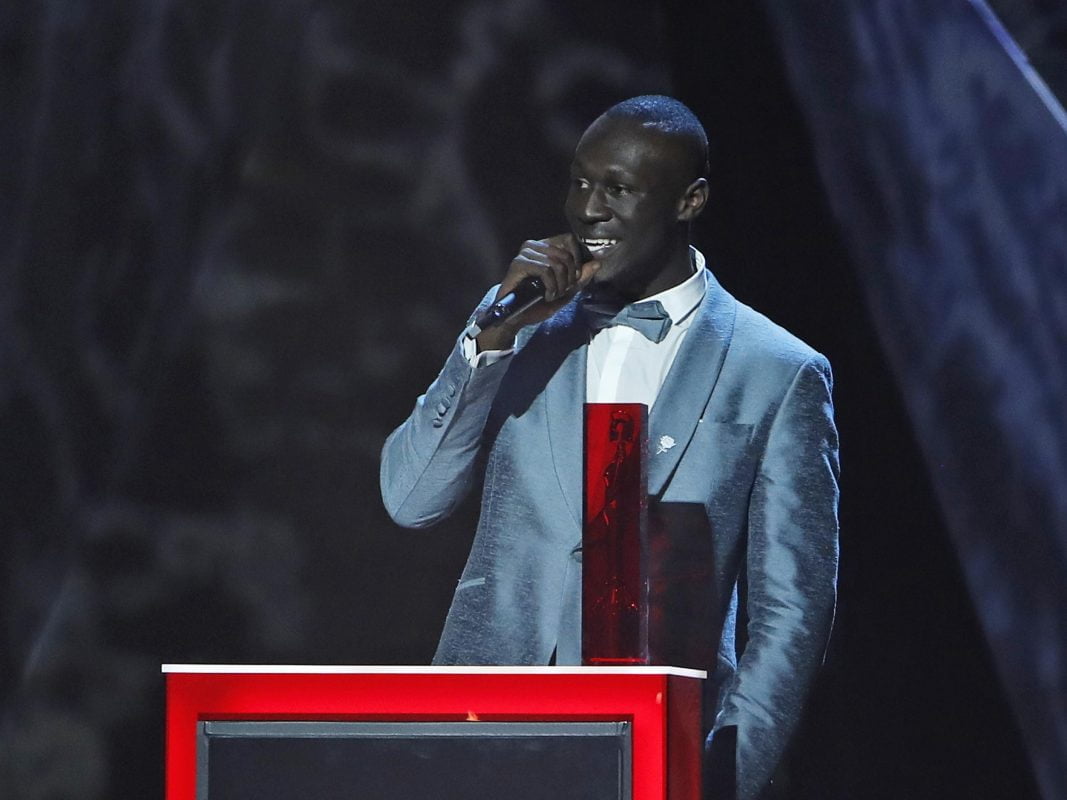 Grime star Stormzy beat Ed Sheeran to win the main prizes at the Brit Awards 2018. The star seemed to be overwhelmed as he won best British male and best British album.

The artist also closed the show and criticised the PM’s handling of the Grenfell tragedy in a fiery freestyle verse. This isn’t the first time he’s levied criticism at the government’s handling of the disaster. At Glastonbury, he called out the ‘b**pery’ that was going on behind the scenes of it all. He was also named ‘Person of the Year’ by the University of Oxford’s Afro-Caribbean society last year.

But while Stormzy swiped the awards from Sheeran,  he didn’t go home empty-handed. He won the global success award for selling 12 million albums across the world. Many were shocked that he was snubbed. But really if we heard Shape of You one more time we’d probably riot.

Here are the key winners and you can look here for the nominations.

Dua Lipa was the only other artist to take home two awards. The 22-year-old British-Kosovan pop singer won best British female and the breakthrough award.

In a rather touching acceptance speech, she took her little brother and sister on stage and told them both she loved them. Which is tear-jerking, to say the least. Her acceptance speech was used to send a message of strength to the women watching.

‘I want to thank every single female who’s been on this stage before me that has given girls like me – not just girls in the music industry but girls in society – a place to be inspired by, to look up to, and that have allowed us to dream this big.’

Ed Sheeran got snubbed. Our boy Stormzy won some awards and Dua Lipa is still a queen.