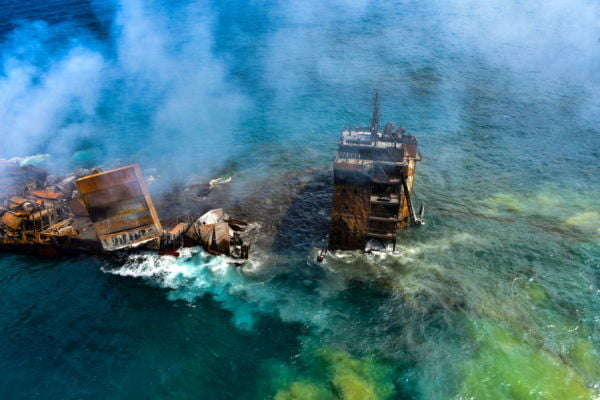 While often devastating to the marine environment, cargo ship disasters remain a common issue. The most recent of the disasters, which could yet cause significant harm to the ocean, is the X-Press Pearl off the coast of Sri Lanka. 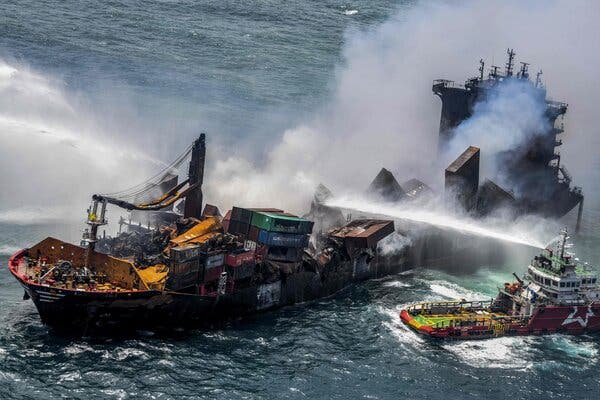 On the 20th May 2021, the Singaporean cargo ship set fire while on the coast of Sri Lanka. Over the next week, the cargo ship continued to be engulfed in flames before the vessel was declared a complete loss.

Sri Lankan firefighters controlled the blaze until the boat ultimately was submerged following an attempt to drag the vessel into deeper water.

The decision to drag the boat out was an attempt to prevent an oil leak potentially devastating the coastline.

Controversy has been raised as a result of the Sri Lankan government’s decision to allow the vessel to enter its waters in the first place while leaking chemicals. Both India and Qatar refused the ship to enter their waters.

The decision to allow the cargo ship into the waters has now resulted in vast damage to Sri Lanka’s environment and fishing communities.

What is the environmental impact? 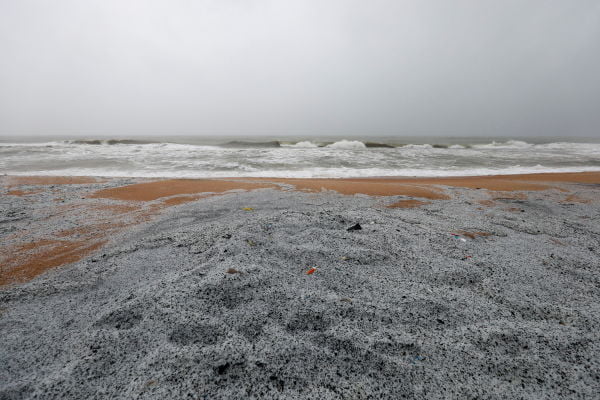 In some ways, the damage caused is currently not as devastating as it could be. Fortunately, the onboard oil containers being transported have yet to fully leak into the waters.

While there is still a danger of this occurring, the current situation in regards to oil leaking is certainly positive.

However, environmentalist Dr Ajantha Perera has claimed that “with all the dangerous goods, the nitric acid and all these other things, and the oil in the ship, if it’s sinking it will basically destroy the whole bottom of the sea”.

Recommended Reading: Why We Need To Go Further Than Banning Straws

Despite the lack of oil leaking, other environmental hazards have found their way into the water. A large number of plastic pellets went overboard during the blaze, which has coated the coastline of Sri Lanka and has disrupted fishermen.

These plastic pellets are one of the most harmful contaminants for marine life, and their coverage on the coastline is extremely concerning. 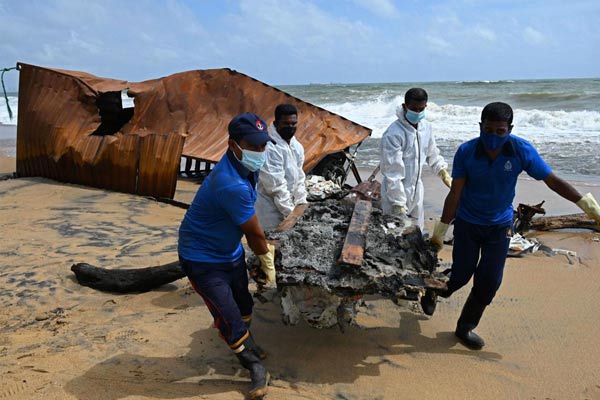 While the environmental impact is one of the biggest issues for Sri Lanka, another growing concern from this crisis is the impact on local fishermen. As a result of the pollution in the waters, fishermen have been banned from fishing along the coast of Sri Lanka.

This is devastating for thousands of locals who rely on the industry for their survival. Should this disruption continue for a significant duration, the ramifications for these coastal communities could be immense.

If these problems remain unresolved for a long enough time, it may become necessary for the Sri Lankan government to step in and provide aid for these communities that are facing uncertainty about the future. 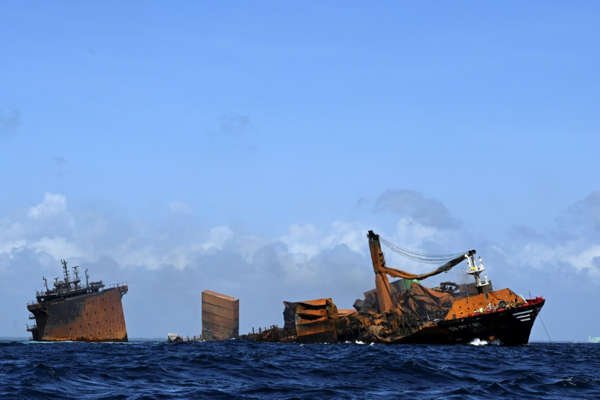 The outlook in this case unfortunately appears bleak. All efforts to resolve the situation now appear to be focused on the prevention of widespread damage rather than reversing the current damage.

Hopefully, experts will be able to use containment methods to prevent the chemicals from causing expansive damage to the surrounding ocean having already prepared oil dispersants and other tools to combat the damage.

The true extent of the Sri Lankan cargo ship disaster will make itself clearer in the coming weeks.