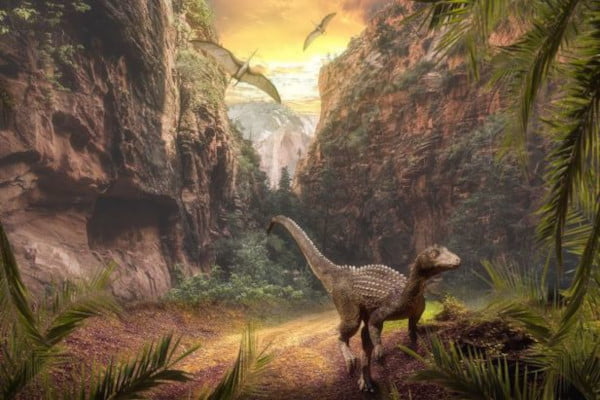 Dinosaurs were the supreme rulers of the Earth millions of years ago. These big dumb lizards were the dominant force in nature, so you can imagine the planet was very different back then. 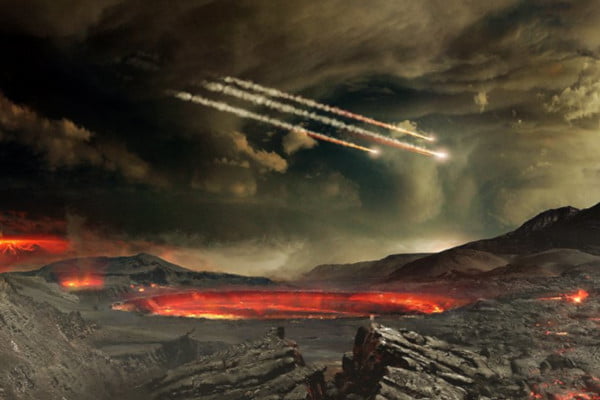 The first four billion years of Earth were called the Hadean Era, and the planet was a molten hellscape. Volcanoes erupting with intense force every moment of the day, life impossible to sustain in such a hostile environment.

The Ordovician Era was the most prominent early period on Earth where life emerged. It all stemmed from the sea and came in the forms of strange fish, gastropods, and invertebrates.

It took a further many millennia for life to advance into land and evolve into the dinosaurs that are famous the world over. This became known as the Mesozoic Era – the age of reptiles. Split into three distinctive periods: Triassic, Jurassic, and Cretaceous. 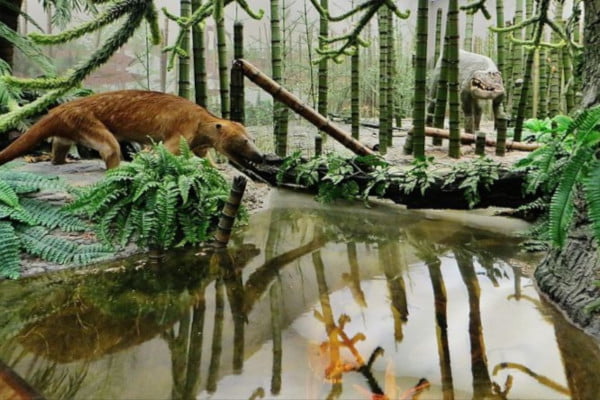 It’s important to note that at this stage of Earth’s timeline, multiple continents were merged together to form a super-continent called Pangaea. Sounds really cool if you ask me.

The Triassic Period was hot and dry, and the dinosaurs did not come into their own until much later on. The land was dominated by mammals while Pterosaurs ruled the skies. 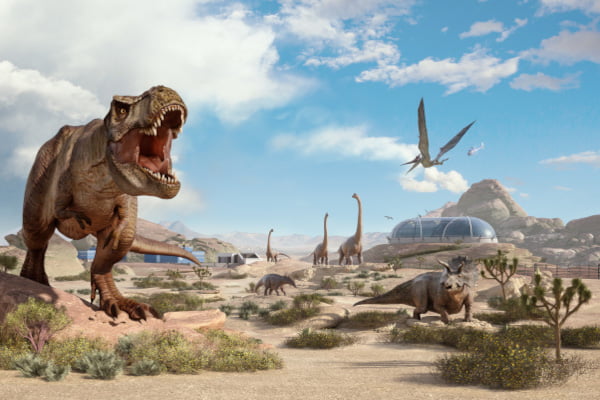 The Jurassic Era was where the dinosaurs, both meat, and plant-eating, grew to enormous sizes. Pangaea split into two continents and the lush plant life was in sharp contrast to the dry and spiky trees residing in the Triassic.

The Cretaceous Era was defined by the diverse array of dinosaurs that nature had led into. Feathered dinosaurs were most prominent, with the famous velociraptor becoming the apex predator of the time. The matted vegetation also kickstarted the prosperity of new insects as well. 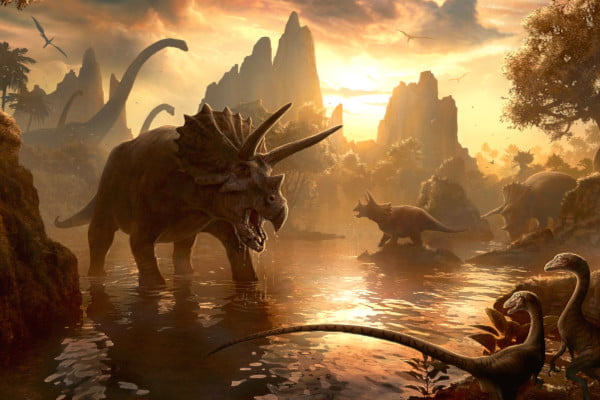 As many know, by the end of the Cretaceous Period, a meteor struck the Earth, causing huge dust clouds and killing the majority of vegetation. This starved the herbivore dinosaurs which in turn caused the carnivore dinosaurs to suffer the same fate.

The most startling thing of all of this in my opinion, is that these many eras spread themselves out in million-year spans. Humanity has only been existing for a fraction of that time.