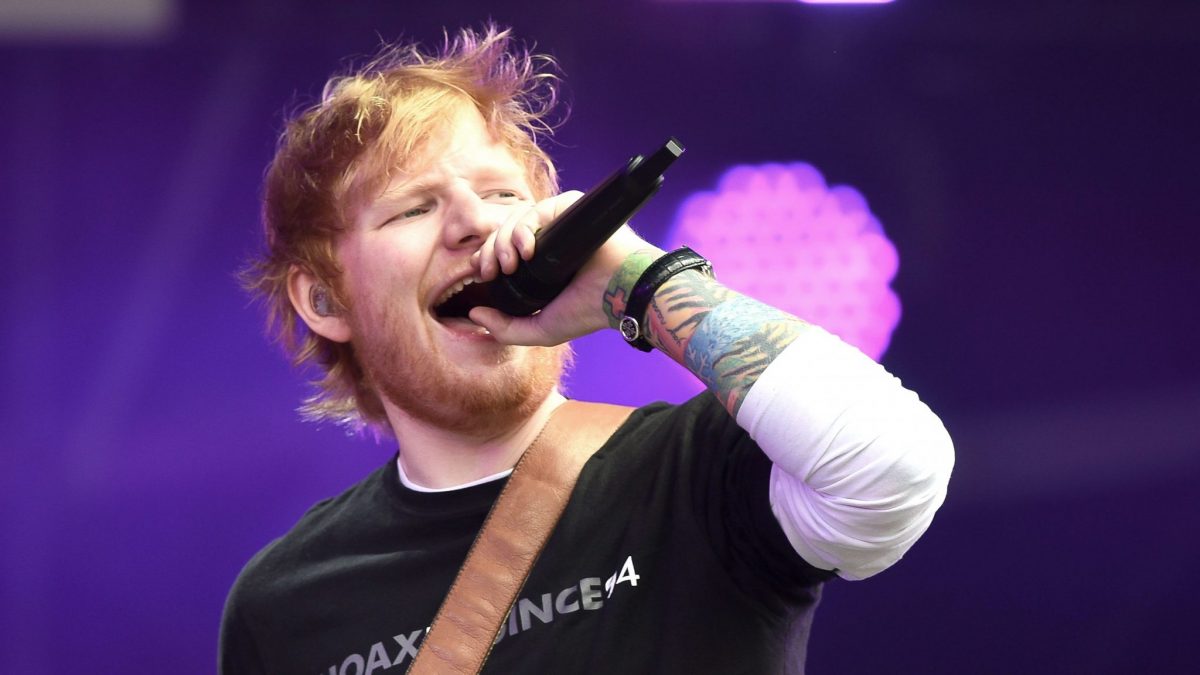 Imagine, you’re on stage, doing a set of your most famous songs, but you’ve had one too many waters. So you stop the set (twice), go for a well-needed pee and then continue on.

Yep, Ed Sheeran stopped his gig after performing Galway Girl on Saturday night, because he ‘needed a pee’. Three songs later, he stopped during the middle of Photograph saying ‘I’m so sorry’ Cardiff before running off to the loo once more.

The 60,000 people in the crowd cheered when he returned, and he picked up where he left off.

He drank many bottles of water during the hit-filled set. When he returned from his first trip, he said:

I’ve never seen 60,000 people wait so patiently for someone to go to the toilet… twice #EdSheeran #Cardiff

The Saturday show was the second last show of his UK Divide world tour, before he returned to mainland Europe, Amsterdam on Thursday. This was also the third night of Ed’s record-breaking stay at the principality Stadium, being the first artist to ever have four consecutive nights at the arena.

Fans were urged to organize alternate travel should they be leaving the city after the gig, due to disruptions and maintenance on the rails headed out of the city. There were no services to London Paddington due to an unexpected closure of Severn Tunnel.

But you can catch up on that here.