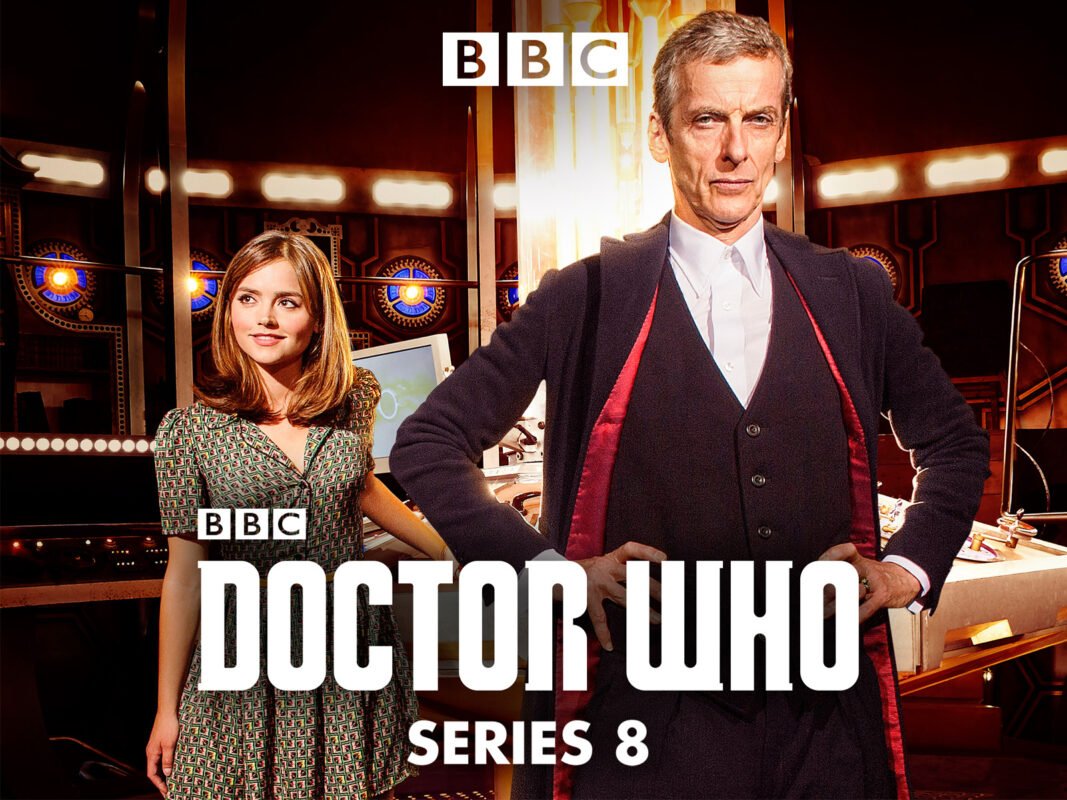 Doctor Who’s new direction begins with Peter Capaldi taking the reins and Jenna Coleman in support. A life-long Who fanatic, we can only guess how Capaldi felt when offered the role of his dreams.

Regrettably, Series Eight is the weakest of Capaldi’s three outings. Maybe Steven Moffat was burnt out by the year before, we’ll never know. However, there are still some gems and some stinkers throughout, so let’s go through them. 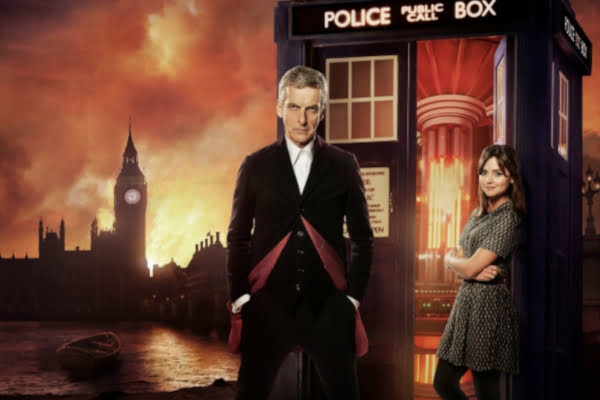 A slow-burning intro episode that does little to justify its hour and fifteen-minute long runtime. When compared to Moffat’s previous post-regeneration episode it only gets worse in comparison.

Not a pretty episode to listen to in terms of dialogue nor is it visually engaging enough for casual viewership. 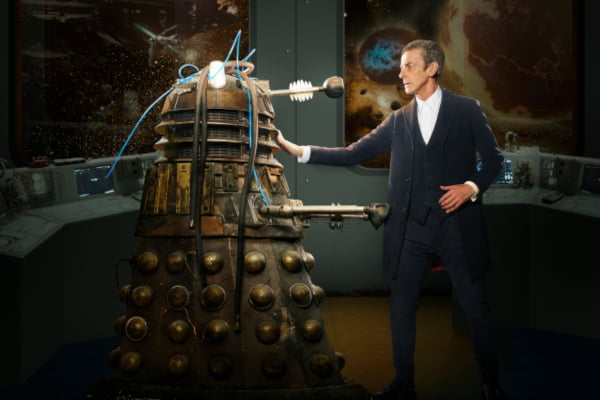 It’s easy to dismiss this as a poor man’s version of 2005’s Dalek but its much more light-hearted and adventurous tone lends itself well. Capaldi brings a lot of depth and energy to what is actually quite a challenging performance for a newly regenerated Doctor.

The concept of a morally grey Dalek is cool but the episode’s existence seems to only try and remind us that “it’s the Doctor who is a real monster”. Yes, we get it. 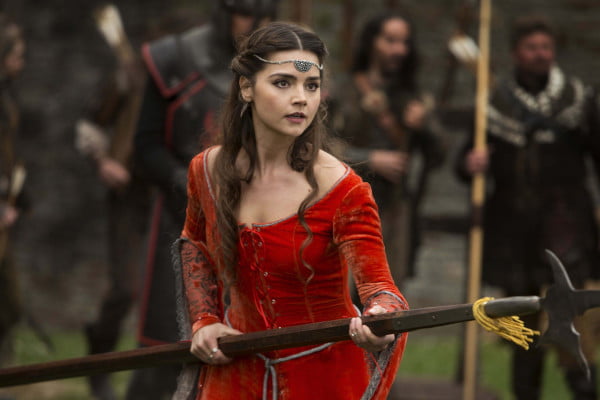 Incredibly tacked on historical that never stands out from any other in its genre. Clara steals the show but the Doctor’s pettiness in the face of Robin Hood borders on cringeworthy.

There are only so many ways you can say “that’s not funny” when critiquing something so I will just leave it at that. I can see why people would enjoy this one but I will certainly skip. 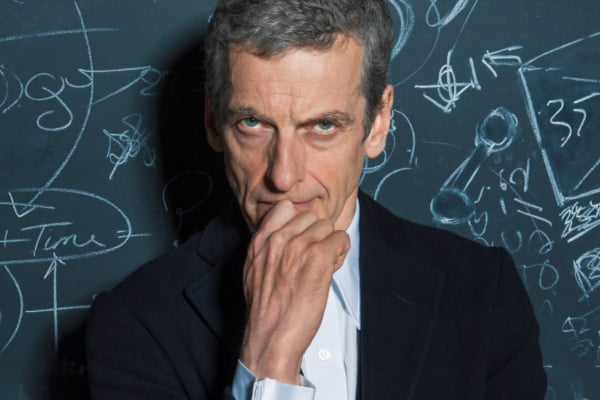 There’s a number of plot threads introduced here that bizarrely never get resolved, and I’m not talking about the intentionally ambiguous ones.

That being said, this is a smart, restrained script that shows one of Moffat’s strengths, playing on childhood terrors. Capaldi and Coleman’s dynamic remain the absolute highlight though, quickly cementing them as one of the best duos in Who. 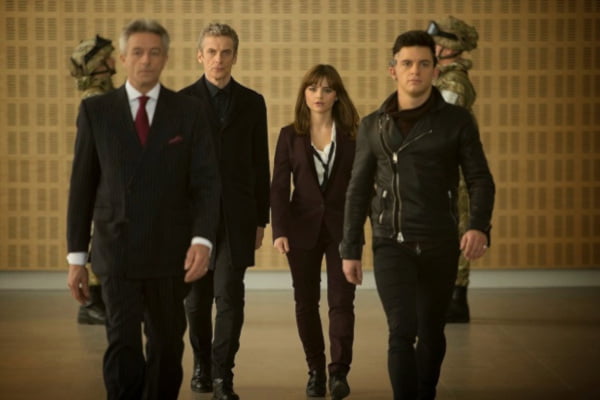 This concept is so cool and I can assure you, if I wrote the script it would look a whole lot different. Although my rule is to critique something for what it is rather than what I wish it was, and what is given is fun enough.

Most of it is anchored by the scene-stealing villain played by Keeley Hawes, who I think would make a terrific Doctor in the future. Oceans Eleven meets Cyberpunk? With what the budget can do, this makes for forgettable but enjoyable fluff. 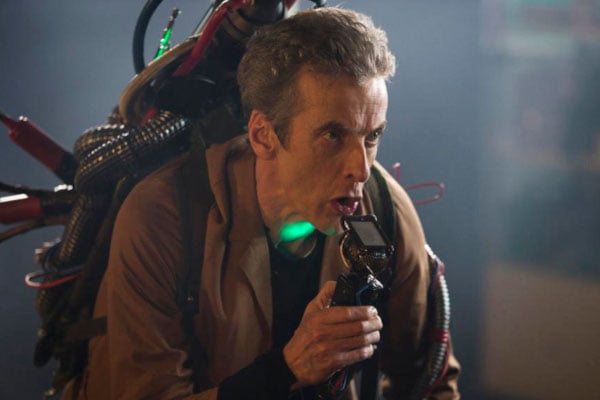 If it was for sheer entertainment alone, The Caretaker would be getting a perfect ten. The script is genuinely hilarious with some moments leaving me rolling on the floor. The comedic timing from Capaldi, Coleman and Anderson is pitch-perfect.

However, I have to be consistent and bump down the score. All thanks to the blandest villain ripped straight from the Robot Wars disposal dump. And that climax? Yes, Danny Pink performs a somersault to save the day. It’s as bad as it sounds. 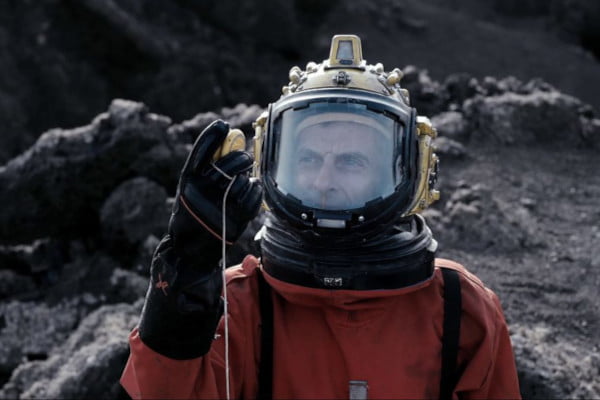 Possibly the most divisive episode of Who. Some love it for its moral dilemma, setting and acting. Others hate it for its science, script and bizarre abortion allegory.

I think it’s… not that good. Not horrible but far from solid. Everyone has a legitimate point here. Coleman is award-worthy and the dilemma posed is certainly intriguing but editing, effects and especially the writing really drive home this episode into the negative. Can we stop trying to make this episode more special than it is? Thank you. 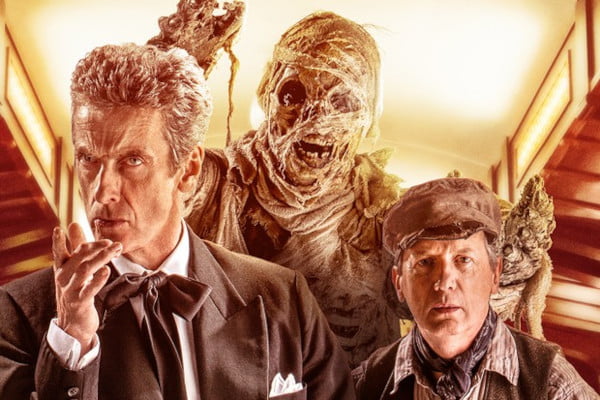 Now here’s an episode we should be talking more about. Making formula feel new again, this high-energy romp is fun, intense and showcases Capaldi hitting his stride. Seemingly out of control and flailing about before unveiling himself as a master craftsman of saving the day.

This is also one of the coolest mummies I’ve ever seen in visual media. Serious credit to the production team. 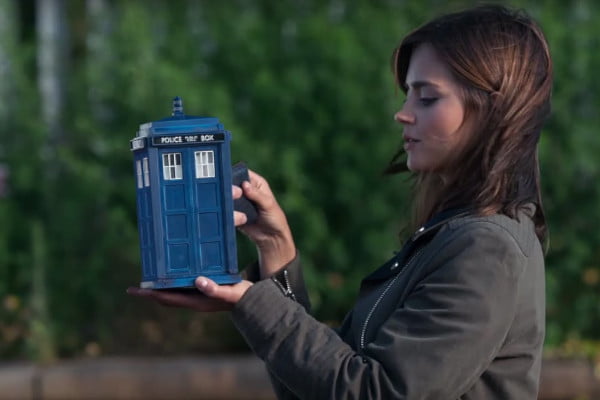 The high point of Series Nine. Flatline radiates charm and creativity. It honestly reminds me of a clever animated film at times with its approach to problem-solving. Clara leads the adventure superbly but Capaldi alone in the TARDIS gave us a sign of what is to come from arguably the best pure actor to play the Doctor.

Witty, imaginative, and just a great time to be had. Anyone can watch this and find something they enjoy. 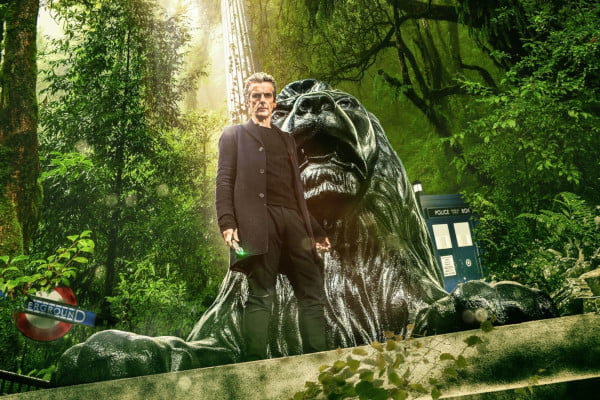 Series Eight overall seems like it lacks confidence in its direction. Nowhere is that more evident than in this disaster of an episode. Terrible child acting? A given. But a hokey tone, awful pacing, tensionless plot, and resolution quicker and cheaper than anything seen in years.

Everyone on set just looks embarrassed to be a part of this insane episode and I don’t blame them. If this was the first episode someone ever watched, I wouldn’t blame them for quitting while they were ahead. 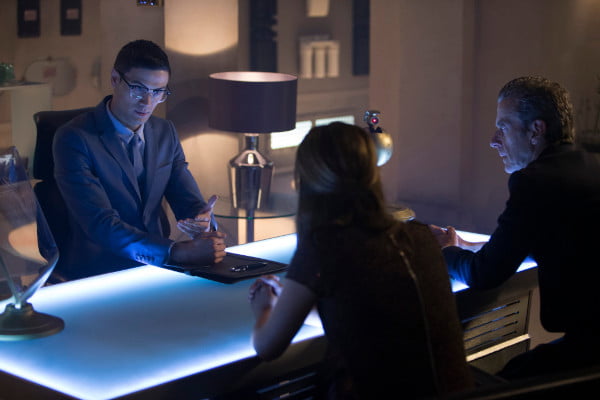 Steven Moffat’s morbid fascination with death and the afterlife come full circle. A bombastic opening fifteen minutes sets the tone for this episode and it only gets crazier from there. This is a dark, twisted and ominous story that keeps you on the edge of your seat. It’s mature, disturbing in the right way, and takes its audience seriously, regardless of age.

To anyone that complained about this episode’s content when it came out, let your child grow and don’t cushion them. I can’t stress how important it is for heavy themes to be tackled early on. 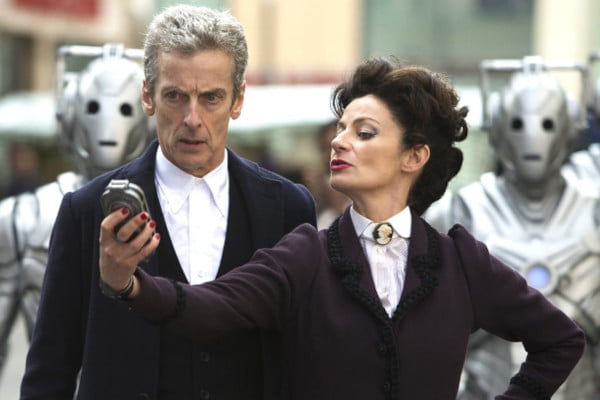 The lingering subtlety of Dark Water is quashed in this finale. Gomez’s Missy is chewing the scenery at every moment and I live for it. However, I think the episode is just too corny for its own good.

The idea of Cybermen flying like Iron Man just makes me shudder and the extras are seriously under-directed. This whole conclusion seems so much more like it was written by the worst of Davies than the best of Moffat. 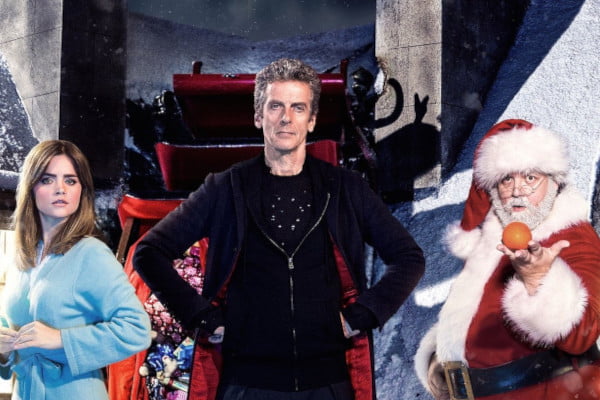 Acknowledging ripping off Alien doesn’t make it any more excusable that you’re ripping off Alien. Learn that please, Moffat. Anyway, this Christmas Special is pretty average. The Cornetto Trilogy is one of my favourite things on the planet but Nick Frost, unfortunately, does nothing for me as Santa Claus.

At the time of filming, it was unclear what Coleman’s contract situation was, and it seems the production staff went all-out to give her a satisfying story. They absolutely nail it. Clara ended up returning for another series but was the best yet to come?

Well, controversially, I think so. In fact, I think the best of revived Who is just around the corner…