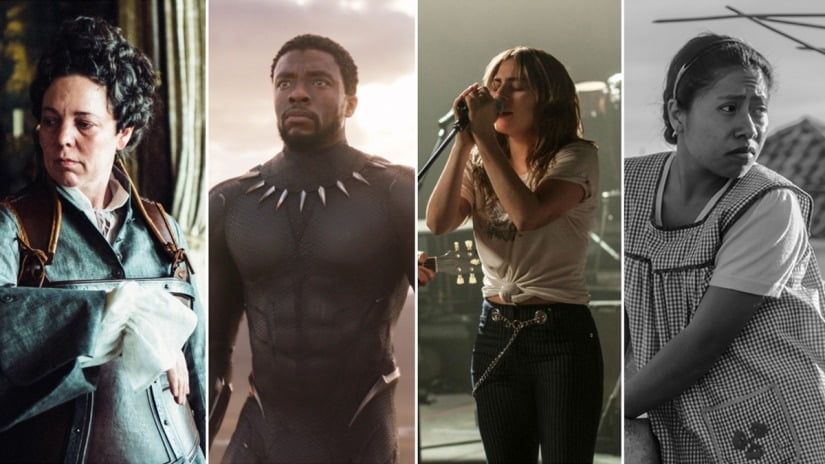 The Oscars ceremony takes place this Sunday – click here for predictions – and thankfully I’ve finished my homework in record time. Rather than boring everyone with a rapidly produced series of lukewarm 300-word reviews, I found this alternative. So you’re welcome. I’ve tried to pack as much detail as I could into these single sentence summaries so you can decide which sounds most like your cup of tea ahead of the weekend’s announcement. And quite honestly, in some cases, I’ve stretched the definition of a sentence. Nevertheless, let’s begin.

These key eight encapsulate most of all the other categories, so covering these is basically 95%. I liked three of them.

A rushed biopic that sucks up to its subjects because they were producers and feels more like reading a tensionless twitter thread of Freddie Mercury facts than watching a movie.

Mid-tier Marvel that has great villains and bad CGI, awesome side characters and an interesting conflict that makes the protagonist the least interesting part of his own movie.

A heavy-handed but fun cop drama that’s more gripping and less funny than you’d think, which is a weird thing to say about a film that features footage of Charlottesville.

A Star is Born

Bradley Cooper was clearly more interested in his own character than the titular star being born which makes this overlong, sadness-fest a little frustrating, but you might Spotify a couple of the songs the next day.

A shockingly pleasant, hilarious, heartwarming story with expertly complex themes of identity, prejudice and friendship, woven around an oft trodden path that emulates the artist it depicts with the saddest moment coming when the credits roll.

Like much of Yorgos Lanthimos’ work, a fairly entertaining period comedy that’s equal parts funny and boring which got nominated for awards because it’s set in the past and features lesbians.

One of those films that makes you feel like an idiot for finding it interminably tedious.

A so-so…comedy? that, unfortunately, reminded me a lot of last years’ Darkest Hour, in that its main draw is a stellar acting performance as someone far fatter than they usually are, but is a lot better than that film which often succeeds in making you feel the anger it wants.

Can You Ever Forgive Me?

Melissa McCarthy and Richard E. Grant smash the funniest roles of both of their lives in a blackly comedic romp that never outstays its warm welcome, and makes you briefly forget about The Happytime Murders.

If Beale Street Could Talk

A perfectly fine romantic racial drama that I’m struggling to remember anything about even though I watched it last night.

And there we have it. That’s what I sat down and looked at. Technically it’s not a comprehensive list, obviously. I flatly refuse to watch 2 hours of sadness in Willem Dafoe’s Van Gogh movie to see how his performance is just for Rami Malek/Christian Bale to win.