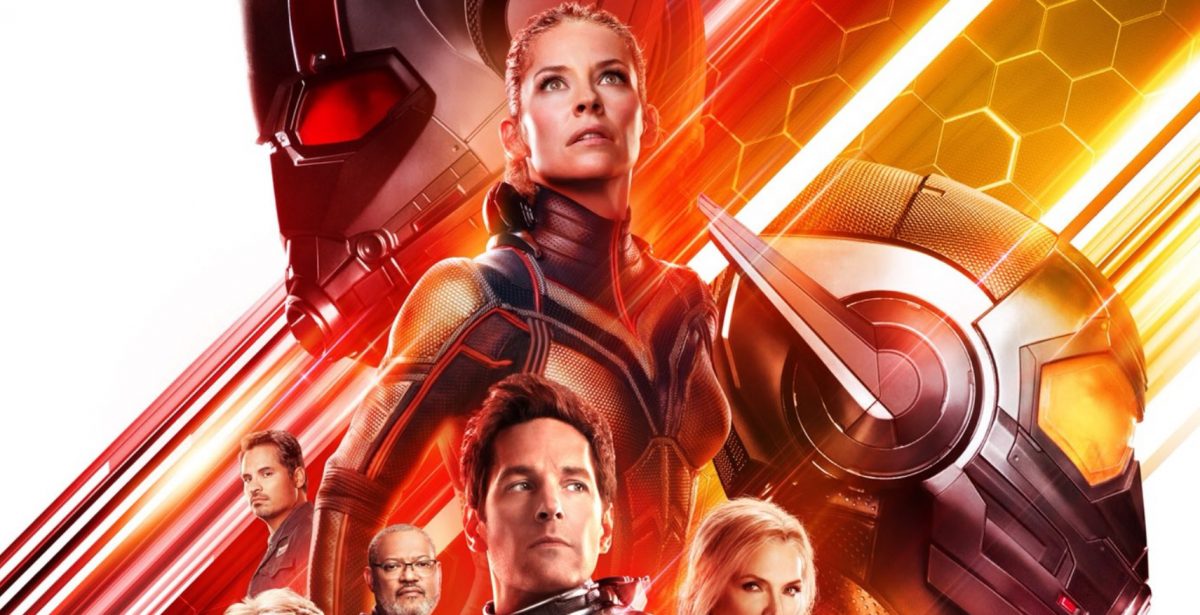 And finally… with this… I can finally stop being mad at the World Cup for delaying releases.

Ant-Man and the Wasp is the sequel to the 2015 movie which was the definition of average Marvel. It’s also the first post-Infinity War MCU project. It, again, stars Paul Rudd as the eponymous miniature superhero alongside Evangeline Lily as his new partner in anti-crime. In this one, the team is trying to rescue the previous Wasp, Hank Pym’s wife, from the quantum realm while the villainous Ghost attempts to thwart them. And if any of that makes sense to any non-Marvel fans, I’ll eat an actual ant.

Straight up, Ant-Man and the Wasp is fine. If you’re going into this for the fun dynamic between all the characters, you’ll leave the cinema happy. Like in the previous film, Michael Peña steals the show as Luis. While it’s not the funniest movie I’ve ever seen (it’s not even as funny as Infinity War, the dark Marvel film, is) it’s breezy and light enough to keep your attention. Surprisingly enough, I actually enjoyed the performance of the child actor here. Scott’s daughter is funny and provides enough heart that you can feel a modicum of stakes for the protagonist.

If you’re going into it for the spectacle of comic book madness, however, you may as well just watch the trailer. There’s nothing that isn’t in there that’s particularly mind-blowing in the film itself. All the action scenes of the Wasp are good and Ghost’s powers make the fight scenes fast-paced and exciting.

This is a much smaller-scale story in comparison to other recent Marvel films. At no point is the world at risk and it’s a nice refreshing light dessert after the huge turkey roast that Thanos brought us in April. There’s no real rush to go out and see it but it’s a perfectly enjoyable way to spend 118 minutes.

Oh, but if that post-credits scene wasn’t a complete gut punch though…