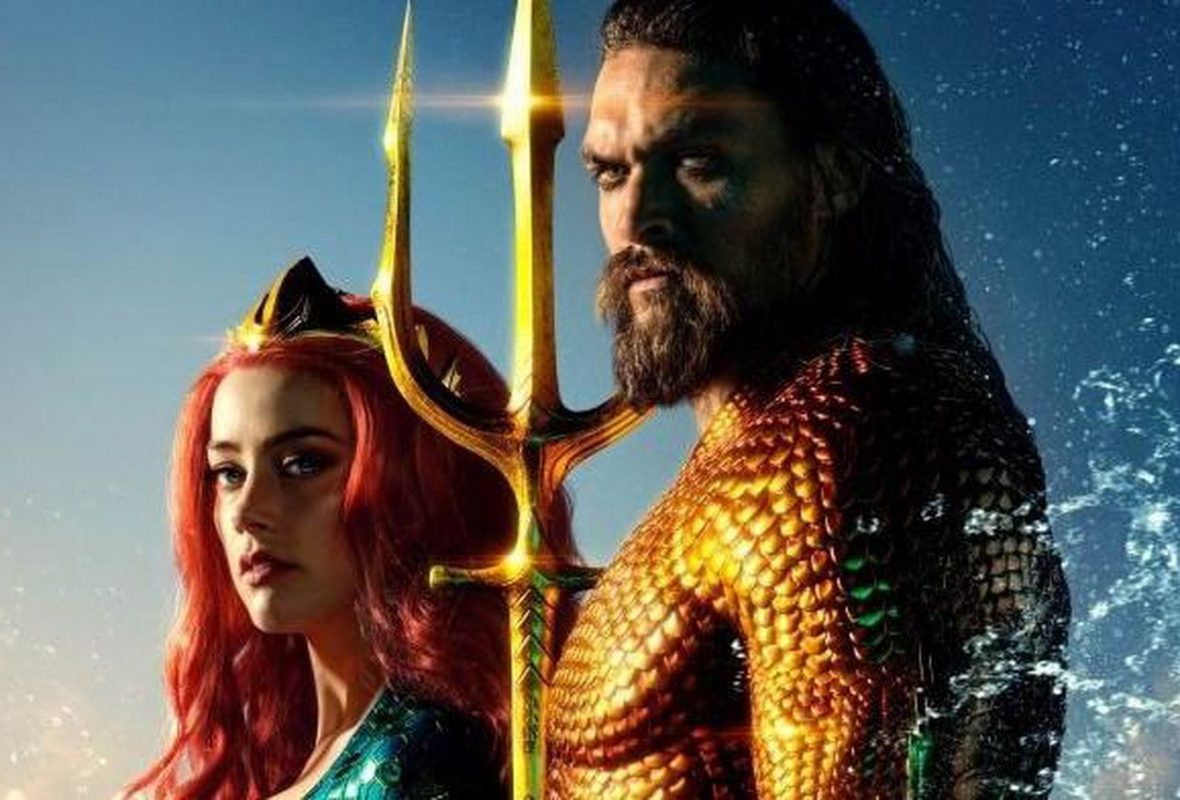 Hey did anyone else see Black Panther? Because DC did.

Aquaman is the latest effort from Warner Bros to cash in on their DC characters. James Wan of Fast and Furious fame directs and Jason Momoa stars as the titular king. In this film, Aquaman must unite the seven sea kingdoms by finding a magical trident to defeat his brother Patrick Wilson. It’s a bit Indiana Jones, a smidge of Thor, a dollop of Lord of the Rings on a base of Black Panther with a sprinkle of How to Train Your Dragon 2.

This is a very difficult movie to describe. I can’t honestly say that I loved much about it, but nothing bored or annoyed me either. I liked everything enough that I was happy to sit through the frankly excessive 143-minute runtime. The strengths of Aquaman lie in its visuals and direction, both of which are a marked improvement for DC.

I describe some of the shots in Aquaman by saying I would be happy to have them as my desktop background. The angles, lighting, and framing are often nice and occasionally gorgeous. You always know where characters are in relation to each other in both dialogue and action scenes, which is more than you can say for literally every DC movie so far (looking at you Wonder Woman finale).

You also get the sense that this film was at all points supposed to be what it ended up being. This might seem like the base you can expect but DC has taught us previously that that’s not the case. Only Man of Steel and Wonder Woman before it actually feel like just one director made them. All other efforts seem reactionary and butchered by a desperate studio so it’s nice that Aquaman was left alone.

I also appreciated that the film is very willing to lean heavily into the weirdness of the Aquaman character. They didn’t have to give Patrick Wilson the most ridiculous costume since Batman and Robin, but they did. They didn’t have to have men riding sharks fight an army of giant crabs, but they did it. It’s all the better for the mental stuff it unapologetically thrusts at you rather than insisting that a man who talks to fish is edgy and cool.

Other than that though, the acting is mostly fine. The two leads have negative romantic chemistry. The story is everything except original. The dialogue is often clunky and exposition-heavy, especially with anything to do with Wakand-er… I mean Atlantis.

In short, it’s my second favourite DC Universe movie after WW but let’s face it, I’ve not said much there have I?