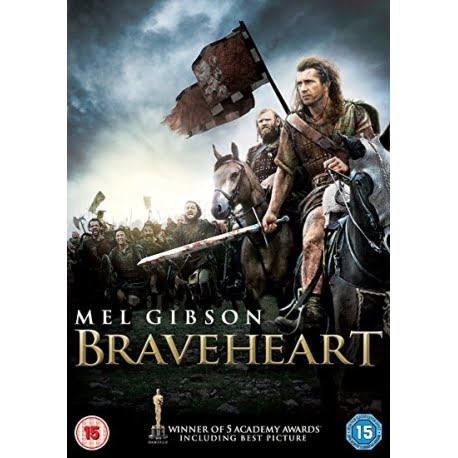 Braveheart – the patriotic story of the heroic and consumer of the English, William Wallace. This film follows the medieval story of a child who lost his family to war before developing and maturing into the saviour of Scotland.

When the love of his life is gruesomely slaughtered, Wallace leads a rebellion against Edward Longshanks. The united forces of Scotland are behind him, and Wallace fights against Longshanks’ proud army. But he is betrayed by the nobles, alongside seemingly benevolent Robert the Bruce.

Released in 1995, this historical tragedy showcases the internal conflict of Robert the Bruce as he must decide between kingship and loyalty to Wallace. Who doesn’t love a bit of Scottish history on a Friday night?

With Australian star Mel Gibson, there is action around every corner in Braveheart. Although the film isn’t completely historically correct, this doesn’t overshadow the fact that this is a phenomenal film to watch when you get home, on the train, or chilling at the weekend.

When I first watched Braveheart, I was immediately hooked by the cinematography of a film that is so old. And now that the teaser trailer for Robert the Bruce was released in June this year, the film has been relighted in the eyes of the public.

Even just the name of this film fills me with excitement: Braveheart. Do you know what I mean?

Adding to Braveheart‘s comedic style is a mad Irishman – what more can you ask for? It adds something unique to the historical of the film and it is the comedy that makes Braveheart a classic to watch, especially when stressed with life. I bet you can’t get that from Call of Duty VII!

Braveheart‘s soundtrack to the battle scenes just dot the ‘i’s and cross the ‘t’s when it comes to this 1995 phenomenon. It truly has it all! And for a price of zero pounds on Sky Cinema, I would highly recommend watching this film.