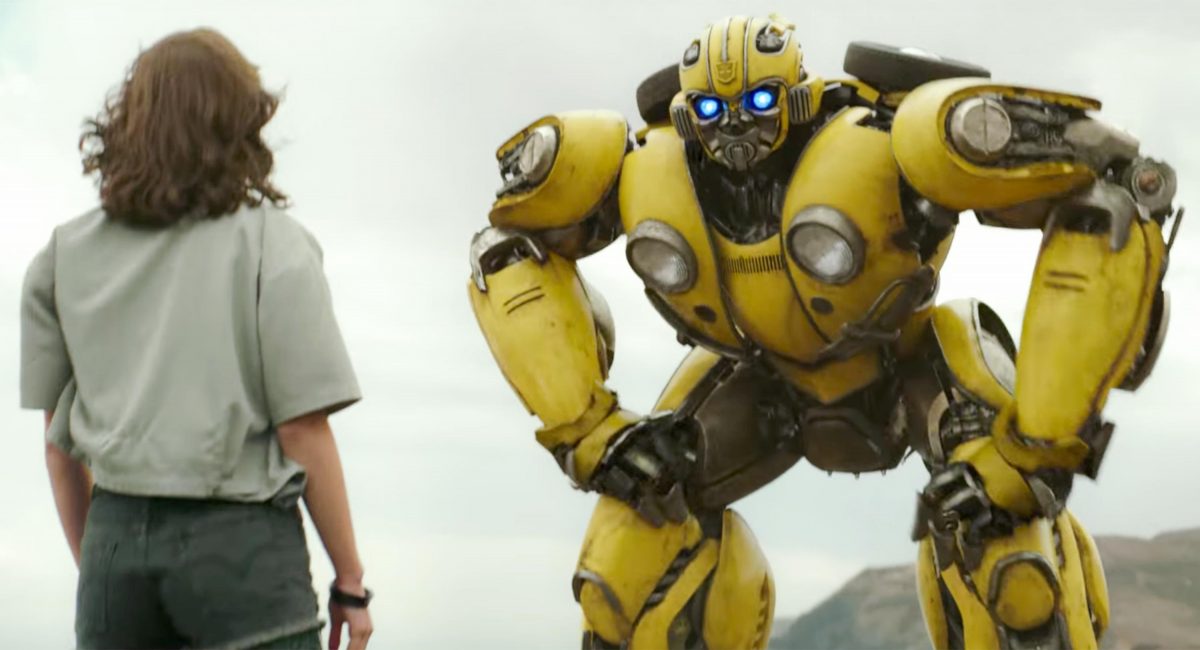 We finally did it, folks. We finally collectively stopped supporting the Transformers franchise with our money. Shame we did it with the first good one.

Bumblebee is a spin-off/prequel/potential reboot of the Transformers movies. I say potential because this film ignores and actively contradicts the events of those films, however so does each successive entry in this franchise. The plot concerns the eponymous robot sent by Optimus Prime to establish a base on Eighties Earth for the ongoing Transformers war.

Let’s get this out of the way. Bumblebee is easily, by a country mile, the best film in this series. It accomplishes that lofty goal by being completely serviceable. Aside from a few sequences, I didn’t find it anything special but by god, was it nice to walk out of a Transformers movie without a headache.

The film starts off notably well. The opening sequence that displays the Transformers war on their home planet of Cybertron is fantastic. It’s bright, colourful and fun and if the whole movie had remained there, I would have no complaints. About five minutes later, Bumblebee crashes down to Earth and similarly, the resulting action sequence involving a squad of soldiers led by John Cena and a pursuing Decepticon is brilliant. It’s exciting, inventive and uses all the possibilities of two robots that can turn into cars brawling in a quarry. The robot’s designs are hugely improved and you can actually make out what is happening in the fight scenes.

From then on though, the film slows down to introduce its human cast. They aren’t awful but they’re undeniably less interesting than the robot war we were just hit with. Hailee Steinfeld is charming enough as the lead but as she teaches Bumblebee the ways of Earth, it’s difficult to shake off the feeling you’re watching a second-rate E.T. rip-off.

John Cena’s character is also confusing. His motivations swap around like a pendulum-clock and you get the sense he was chopped-up a bit in editing. That said, he’s an engaging presence and I like him a lot more than any previous male Transformers character.

So yeah, basically it’s a competent Transformers film. I know hearing that is like hearing that my unicorn has shoes made from hen’s teeth. It has a stellar first 20 minutes and the rest of it is pretty good, not great. It is honestly a shame that this is the first one to dip significantly in profits but on the other hand, they sort of deserved it. The aspirin for my last five migraines wasn’t cheap Paramount.

Oh and while I’m here, how many origins do we need for his name? He’s yellow. He has little ears like a bee. He has a hive of bees living in his wheel arch and she calls him Bumblebee because he makes a buzzing sound when he talks? Pick one Paramount.