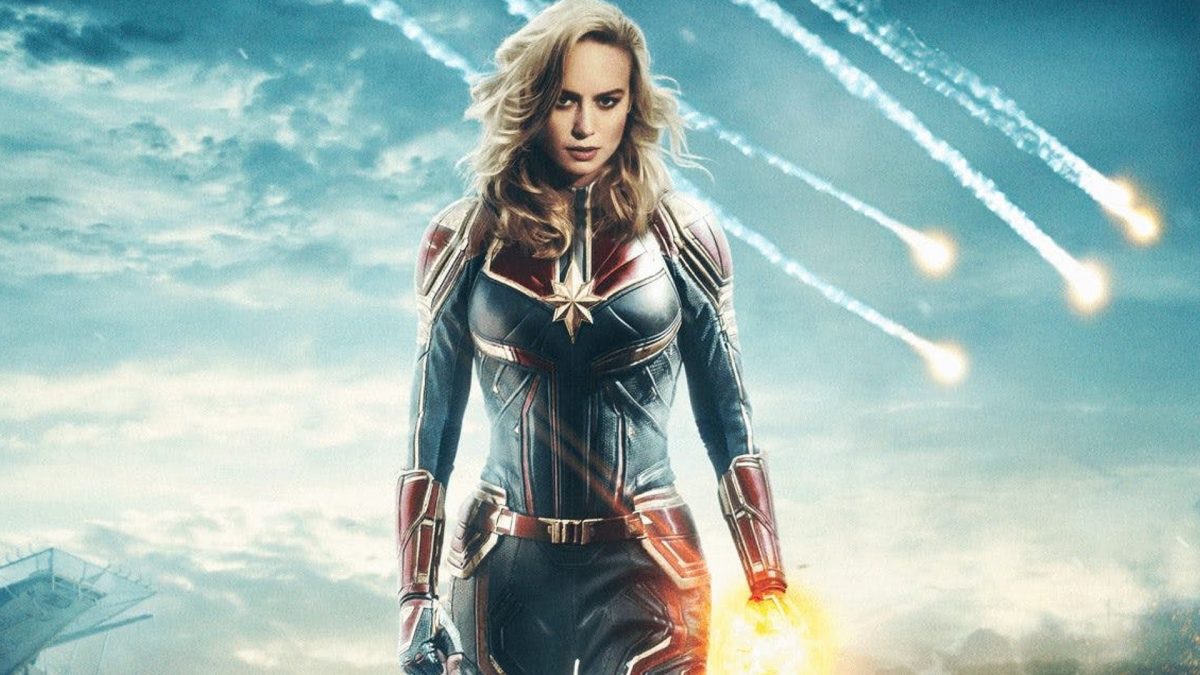 Let’s be honest, if I was going to turn on Marvel at any point, it wasn’t going to be this movie.

Captain Marvel is the newest and most easily branded movie for Marvel Studios. It stars Brie Larson as the titular space soldier/superman surrogate. In it, she must prevent 1990s Earth from an invasion by the shape-shifting species of Skrull aliens. Also, they CGI de-aged Samuel L. Jackson 24 years for the entire film.

For the first 15 minutes or so I was quite concerned for this movie. The beginning is confusing, exposition-heavy and weirdly soul-less while we get to know the alien world she inhabits. From the end of the first proper action sequence though, the film really picks up the pace. As soon as Carol Danvers arrives on Earth and begins interacting with a set of characters who are more interesting than Jude Law and his team of generic troops we’ll never see again (with the notable exception of Djimon Hounsou who reprises his role from Guardians of the Galaxy roughly 20 years before Dave Bautista tears his head apart).

Quick side note, the de-ageing of Sam Jackson is absolutely remarkable. They make a 70-year-old look like he’s in his mid 30s and for the most part it’s entirely convincing. I say entirely because whenever the same 70-year-old has to fight or stand from kneeling… yeah… it’s a struggle.

Brie Larson is a great fit into this universe and they pair her up with Sam Jackson’s Nick Fury in a masterstroke of buddy-cop delightful fun. Pleasingly they also pair up Nick Fury with a ginger cat named Goose, making it a sort of buddy-cop threesome of Kieran-smiles. Their back-and-forth snipes are snappy and cool and if that made up the bulk of the movie I wouldn’t be disappointed. This gets even better when they begin sparring with Ben Mendelsohn’s Skrull leader Talos. This is in large part due to the fact it’s very funny hearing a green extraterrestrial with an Australian accent.

Compared to other “Marvels”

The one thing I would say about this movie is that it is quite predictable. I found myself spotting jokes being set up like half an hour before they were paid off. A minor twist towards the end of the film, I also picked. Luckily though, the charming cast and dazzling light shows kept me entertained enough that I didn’t find this annoying.

All in all, I would say it’s my favourite non-Avengers Marvel fare since Thor: Ragnarok. Which is to say, I liked it more than Ant-Man and the Wasp and Black Panther. It’s breezy, fun and quite honestly, weirdly late, politically speaking. Support it so they’ll finally make a Black Widow movie.

Oh, and the tribute to Stan Lee at the start was genuinely tear-jerking and heartfelt. Go see that and then leave if you want.