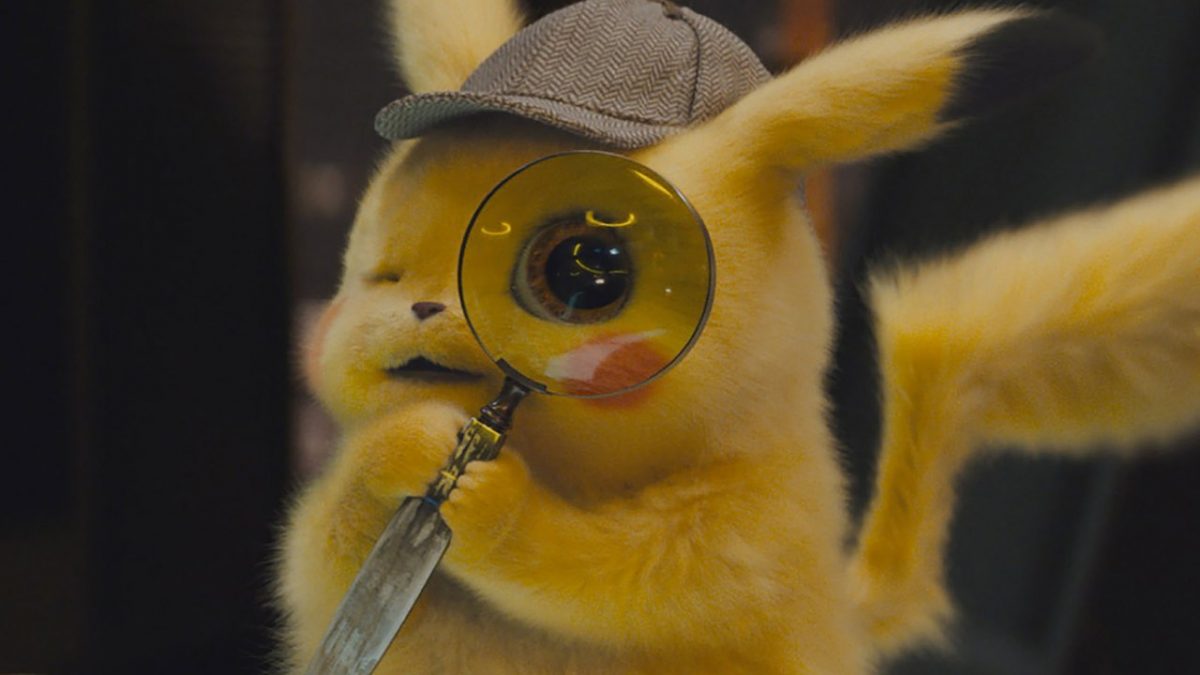 Well, at least now I know what all the non-Marvel fans felt like walking out of Endgame.

Pokémon Detective Pikachu is a noir/comedy detective story based on the universe of the eponymous games. It stars Justice Smith as disappointingly blandly named Tim Goodman, a disaffected youth with a troubled relationship with his father. It also stars Ryan Reynolds as the voice of Detective Pikachu, an electric mouse with a deerstalker hat. Together the pair must unravel the mystery of what happened to Tim’s father. Make sense so far?

The best thing about Detective Pikachu is how it just unapologetically throws you into the Pokémon world. I know next to nothing about
Pokémon and I was just expected to keep up. Unlike so many video-game films before it, it isn’t embarrassed to be a Pokémon movie and that helps hugely. There’s nothing worse than a director believing themselves above the source material and finding some way of avoiding it.

The world is fun, unique and visually dynamic and goes a long way to get the audience on board with a society based entirely on dog-fighting. It doesn’t hurt that Reynolds is extremely charming as the titular pocket monster. I mean, he’s essentially doing Deadpool without the swearing but it works nonetheless.

As far as criticism goes, I’d say that the script could do with another draft to tighten it up. There are plot elements that feel like they were from an earlier run-through that should have been cut. They reveal a character to be dead/alive no less than four times in the space of about half an hour. It’s a lot easier to make the revelation seem more dramatic if we haven’t already gone through it five minutes ago.

Added to that… the acting isn’t great. Nobody is particularly convincing but as weird as it sounds it sort of doesn’t matter. The CGI Pokémon and the world are elaborate enough that it’s okay if the actors are a bit OTT. This isn’t a film that’s trying for Academy nominations, it’s just trying to be a bit of fun and in that goal, it succeeds comprehensively.

So there you have it folks, Tomb Raider came close, but I think I can unequivocally state that for the first time since the dawn of mankind, humanity has produced the first good video-game movie. The curse is finally broken.

And by the Japanese dog-fighting game, of all things.