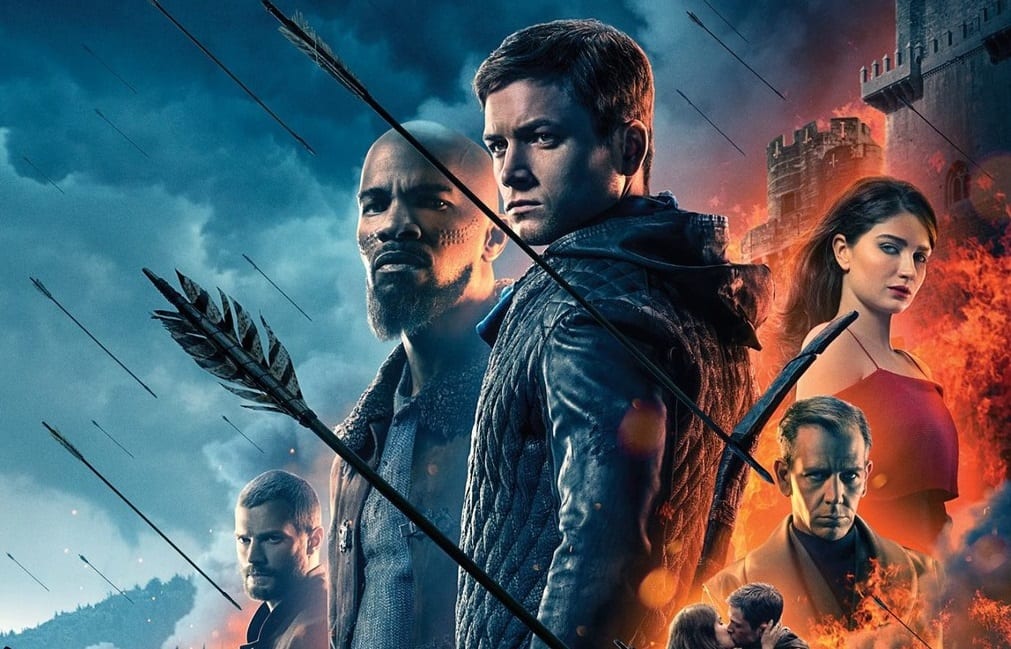 Hey, I didn’t know we were getting a remake of Batman Begins this year. How come no one told me? Except now Bruce Wayne is calling himself Robin of Loxley and Ra’s al Ghul is Arthur from Peaky Blinders.

Robin Hood is 2018’s version of that King Arthur movie from last year, in that, I’ll have forgotten I’ve seen it a week from now. It’s the first ‘fresh take’ on the legend of Robin Hood since the last ‘fresh take’ on Robin Hood and is as interesting as that sounds. Taron Egerton (from Kingsman) stars as ‘Rob’ with Jamie Foxx as his friend John. Not Little John. Clearly, because the film finds its source material embarrassing but I digress. Rob must save Nottingham from the clutches of the greedy sheriff played cartoonishly by Ben Mendelsohn.

Now, I’m being sarcastic but honestly, this movie is a lot better than I expected. That’s not exactly saying much but it’s something. I’m not going to claim it was a big surprise like Solo but I didn’t hate it at all. That’s probably the only difference this one has from the King Arthur movie. Director Otto Bathurst shot the action well, for the most part. Jamie Foxx is giving his all which I certainly didn’t expect for this dumb Robin Hood reboot. I enjoyed Tim Minchin and Ben Mendelsohn having an ‘Aussie trying to do old-timey British accent’ competition.

As mentioned though, despite that it’s more than I anticipated, it’s still not really anything special. It’s beyond predictable. Mendelsohn’s scenery-chewing villain can get a bit much at times even for me who loves that sort of stuff. Every relationship except Rob and John’s isn’t on screen long enough to develop. There’s also the sense you get that the film wants to believe so much that it’s cool and edgy despite its source material about a man in green tights firing a bow and arrow. The opening narration, in particular, is cringe-inducing in its desperation to be gritty and cool.

Ultimately, I didn’t begrudge the time I spent watching, but I wouldn’t recommend that you spend money on it. When it’s on ITV in four years, give it a watch over a brew and a biscuit.

Oh, and who knew Jamie Foxx had two x’s in his name? Thanks, Wikipedia.