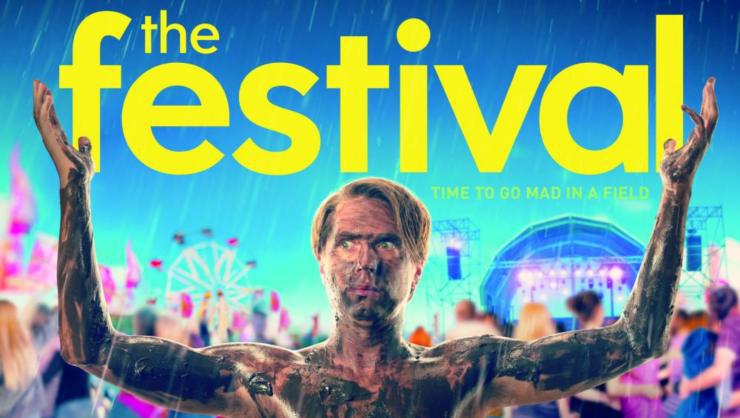 Wow. Bet the marketing team took the Friday off when they thought-up of the name for this one.

The Festival is a mercifully short comedy film directed by Inbetweeners writer Iain Morris. It stars Joe Thomas as he attempts to get over his ex-girlfriend at an unnamed (clearly Leeds Fest) festival. And it’s not very good.

Right. You know how Simon is the least enjoyable inbetweener to watch? He’s not as funny as Will or Jay or as endearing as Neil. He serves as a cringey insecure manbaby for the others to mock. With that in mind, it’s probably not the best idea to make him the central character of a 90-minute movie. To be clear, the character Joe Thomas plays in The Festival is not Simon from The Inbetweeners. But to be even clearer, it’s more or less the exact same character… with a little bit of Will thrown in.

At no point did the film give me any reason to sympathise with Thomas’ character. He’s petty, stupid, selfish and nasty to his more likeable and interesting co-stars. I get that this is the point and they do address it in the movie but, come on. You need to give me some redeeming features for me to even dislike the people who give him the well-deserved insults he receives.

The rest of the film is just sort of second-rate Inbetweeners Movie fare. The situations are half-believable but nowhere close to the realism of the series Morris made his name in. The only real gems are Theo Barklem-Biggs (Richard from The Inbetweeners Movie) and Jemaine Clement, who are both hilarious in every scene they’re in. Clement especially outshines the material he’s given in a manner befitting a comic performance master.

At the end of the day, it’s not great. I would advise you not to go see it but I doubt you were going to anyway.

Oh and I realise I’ve done a lot of comparison to The Inbetweeners in this but, quite honestly, if you don’t want me to do that, don’t cast the actors of Simon and Tara as a dysfunctional couple and give them a less amusing awkward sex scene as the first thing we see.