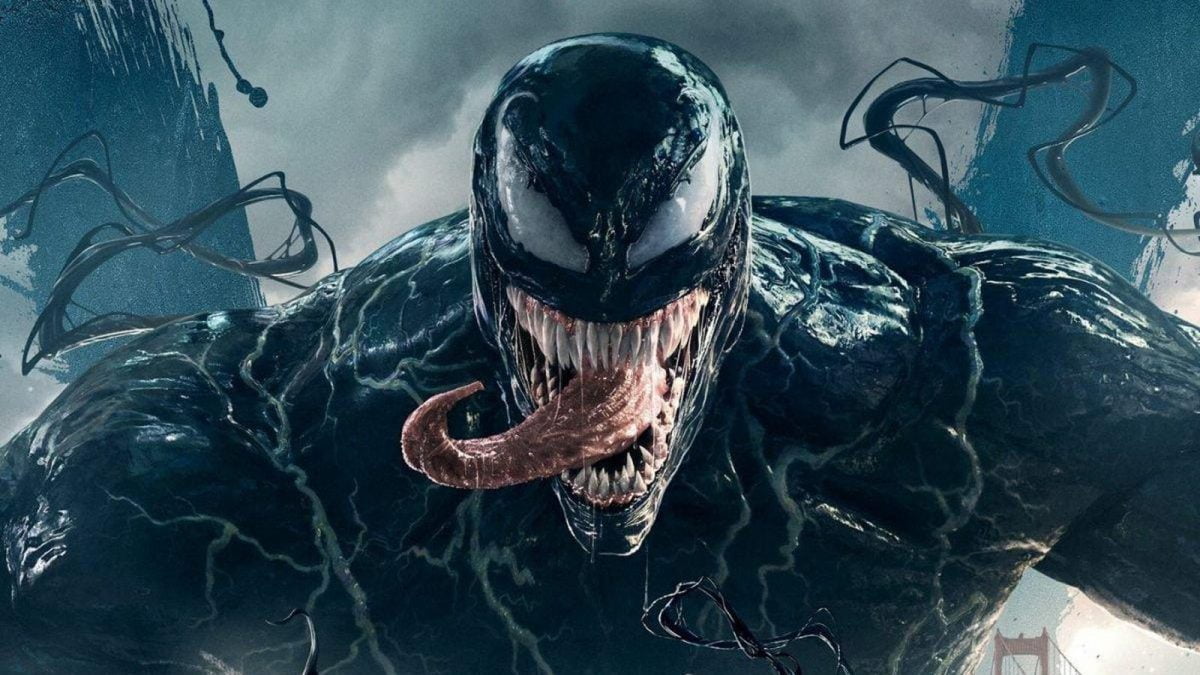 Regular readers of these reviews may remember when I predicted how bad Solo: A Star Wars story was going to be. Then I ended up enjoying it and had to eat my words. Similarly, I’ve been saying how bad I thought Venom was going to be based on the trailers, plot and (chiefly) Sony. But credit where credit is due… Nah I’m just joking. This movie is crap.

Venom is Sony’s latest swing at a comic book franchise and stars Tom Hardy as Eddie Brock, a reporter who gets infected by an alien symbiote with a weird name. Seriously, right? It’s not just me that thinks it’s odd that aliens who can’t speak have edgy names like Venom and Riot? They sound less like aliens and more like craft beers. Brock and Venom team up to take down the far less threatening figure of vague comic book businessman #412 played by Riz Ahmed.

So yeah, as was inevitable, Venom ain’t great. The plot is paper thin. The villain is lifeless and dull. Tom Hardy’s performance is confusingly hectic. The effects are unremarkable. The action is tame and bloodless to the point of being amusing in its patheticness. Venom just seems to be in such a hurry to rush through every element of the story that nothing gets time to breathe or develop. It runs at a breakneck pace but it’s not exciting because you don’t really know anything about what’s happening. It’s all just a mad rush to a post-credits scene that is so much more interesting and obvious that I predicted it word-for-word in an article last week.

The thing that bothered me most about this movie though, is Venom himself. The symbiote is symptomatic of the film’s biggest issues. He’s quippy but not in a funny sarcastic Avengersey way but more like a fratboy-bro-Michael Bay way. It’s like Tom Hardy got infected by David Haye. It’s not funny or intimidating. He comes off like an early-2000s edgelord who’s trying too hard. Then, at the drop of a hat, his entire motivation and character instantly transform because the film realised it had to end in 20 minutes and they hadn’t bothered to give him any reason to change. The closest thing that comes to a reason why he would want to be an antihero is… he saw the city lights and thought it was nice? I’m sorry but that’s not enough movie.

I’m sorry Sony but you aren’t good at this. Just give all the rights back to Marvel and keep going with your Goosebumps franchise you apparently fluked.