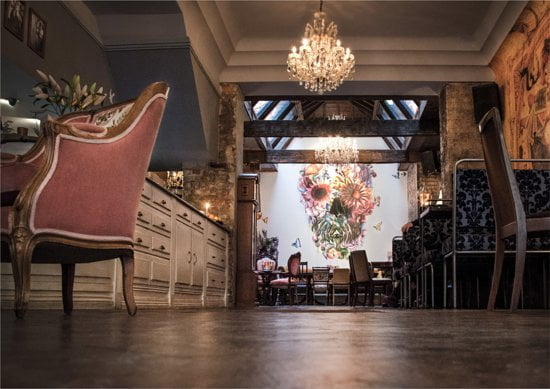 Lola Jeans has long had me absolutely dying to go. Why? Because of their Instagram. Every post is pitch perfect, their whole feed is coordinated and the food looks delicious.

Eventually I went – and I am so glad I went when it was half price. I would absolutely not pay that much money for what I received that day.

First of all, the restaurant itself is a sort of shabby-chic looking place. The decor is fine – it’s quite quirky and it’s interesting to look at. The seating arrangements were abit odd and awkward. We had a whole booth for two of us and there weren’t any ‘nice tables’ to really sit at. You’re sort of thrown next to the wall no matter where you sit. Given, that could be for COVID reasons, but even so, there aren’t many other ways the restaurant could have been laid out.

Aside from that, the service was absolutely lovely. The staff were very friendly and the food was served promptly. But when it came, it was such a letdown. We had calamari to begin with which was nice, though it came with a most uninspired pot of mayonnaise-like sauce which sort of spoiled it a little. But it was fine. Turns out it was the best part of the meal.

Then the main came. The Korean tacos. Worst decision of my life. I swear it was like they had chopped up a whole chilli pepper per taco. The seeds were everywhere and the whole top of the taco was filled with chilli. Then the sauce. I honestly wonder if the people who made that have actually tasted it.

This sauce had a bit of heat to it (though I could hardly tell due to the chilli peppers) and it was the runniest, messiest thing I’ve ever eaten. Picking up a taco would mean you had it dripping all over your hands and down your arm. Then, halfway through said taco, you’d realise the whole thing was soggy because it was drowning in the water-like sauce. It wasn’t good.

My friend had a classic burger and she wasn’t impressed either. The chips were fine, and the burger was pleasant, but it stopped there.

Unfortunately, I won’t be returning back to Lola Jeans. As pretty as Instagram makes it look, the food itself is just not worth it. I’d have rather gone to Five Guys, to be honest.