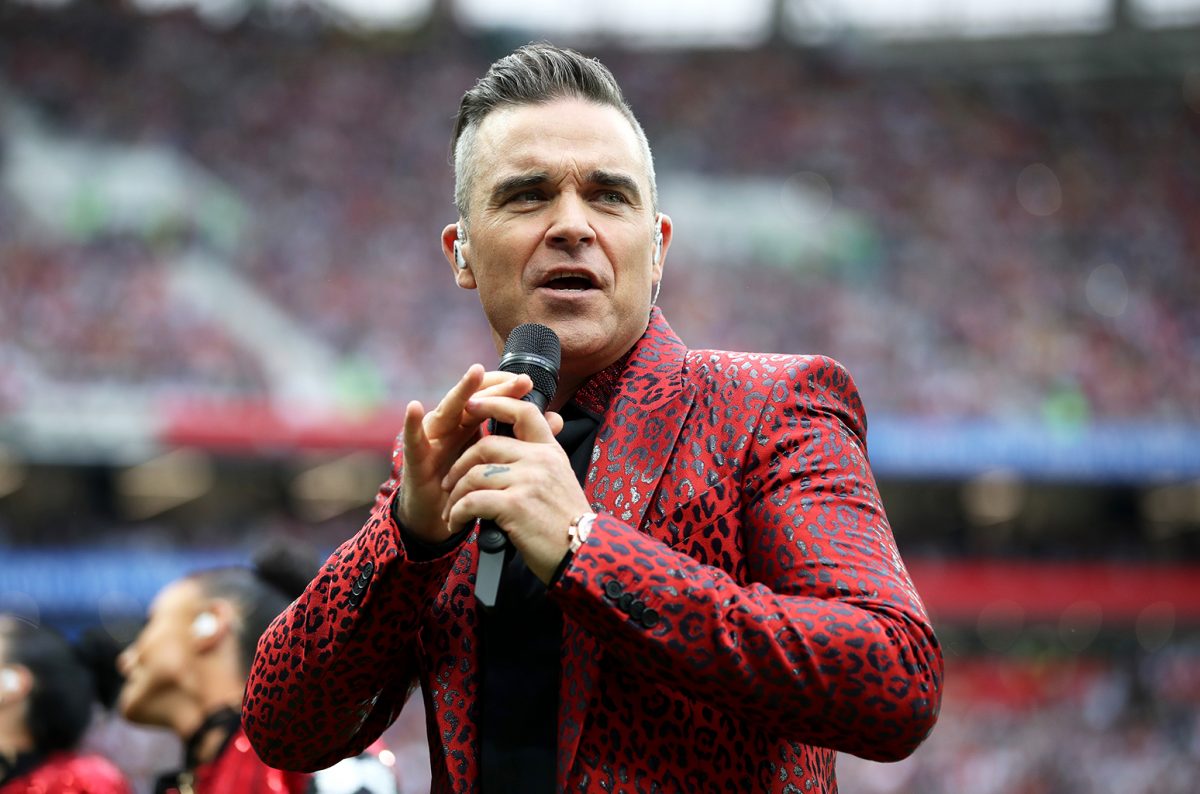 Oh, Robbie Williams. You scamp you. Flipping the bird live on TV, you little ruffian. No this isn’t a joke, Take That star Robbie Williams held up his middle finger right to the camera as he was performing at the World Cup opening ceremony.

While UK viewers may not have seen it, the clip has been seen online quite a bit

Neither Robbie or his representatives have explained why he felt the need to perform the gesture live in front of the entire world. It occurred during the rendition of Let Me Entertain You, adding in the line:

‘But I did this one for free.’

Before showing his middle finger.

So nice of Robbie to say hello to @dele_official ! pic.twitter.com/R5jWVeR73F

The British performer had previously tweeted that he was ‘very excited to be returning to Russia to perform at the opening of the @FIFAWorldCup’. Williams did admit, in an interview with Reuters, that he had been asked to not sing his 2016 song Party Like a Russian, a song all about hedonistic Russian bigwigs.

His performance began with Let Me Entertain You and went onto do Feel and Angels, which he performed with Russian operatic singer Aida Garifullina.

The preceding match between Russia and Saudi Arabia then began, where Russia easily won five goals to nil. A good opening for the hosting country.

Let’s hope the Russians learn to smile by then.