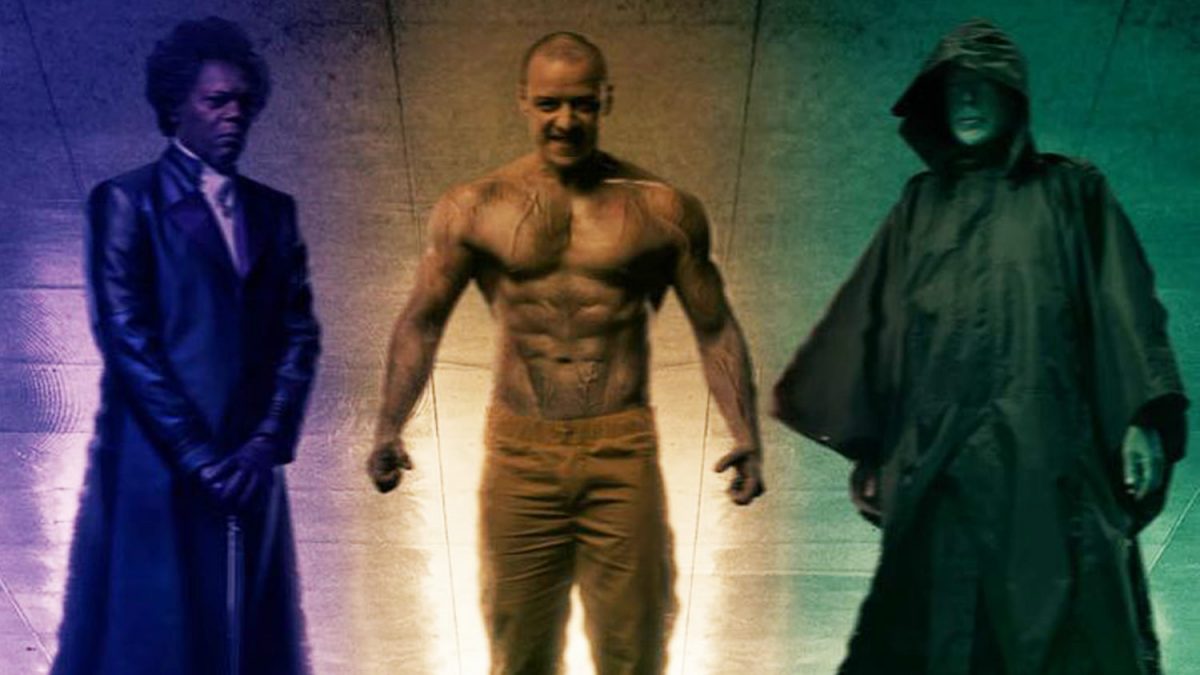 Well this franchise snuck under the radar, didn’t it?

You could be forgiven for being unaware that Glass is the 2nd in a trilogy at all. Director M. Night Shyamalan sneakily shoehorned the 2016 movie Split into being a sequel to his film Unbreakable from 16 years earlier. Which is where I come in to painstakingly spoil two fairly decent films you should probably check out yourself. So, here goes.

Shouldn’t take long this one, though. The films are barely connected save for one scene so there’s not a lot to explain. Unbreakable is the story of David Dunn (Bruce Willis) who discovers through a slow and contemplative process that he is a superhero. Without his knowledge, he cannot become ill, suffer injury and can lift enormous weights. Weirdly he also has this odd ability to sense whether someone has committed any sins by touching them. His weakness is water and if he is submerged in it he basically loses the ability to do anything. Which is weird because presumably, 60% of him is it.

He finds all this out after he is the sole survivor of a horrific train crash and is contacted by Mr. Glass (Samuel L. Jackson), a comic book historian who believes superheroes are real. Glass also has a condition where his bones are extremely brittle and snap very easily. In Shyamalan’s signature twist towards the film’s conclusion, it turns out that Glass intentionally caused the train crash as a way to test his theory. He is then arrested and committed to an insane asylum.

So basically you have a super strong hero who can’t be hurt unless he’s drowning… against a man who snaps if you touch him. Interesting power balance there M. Night.

So Split is for the most part unrelated. It concerns three girls who get kidnapped by a man with an extreme case of Dissociative Identity Disorder. The man named Kevin (James McAvoy) has 23 personalities living inside his mind, all with their own dress senses, intelligence levels and even illnesses. One of the personalities is subtly named “The Beast” and when this personality is controlling Kevin’s body, he becomes superhumanly strong, can shrug off a shotgun blast and bend steel. The Beast eats two of the girls and allows one to escape.

In the final scene of the film, a news report discusses that the nickname given to Kevin and his personalities is “The Horde” and a foreboding looking David Dunn (Bruce Willis) goes out to look for him.

So there you have it. Three films, each title referring to one of the principal characters. The Unbreakable David Dunn, The Split Kevin Crumb and the fragile Glass. The new film brings all these characters together for the epic conclusion to a trilogy we didn’t know we were getting. So now you can see it and not be confused.

But then, it is M. Night, so you’ll probably still be confused by the end.