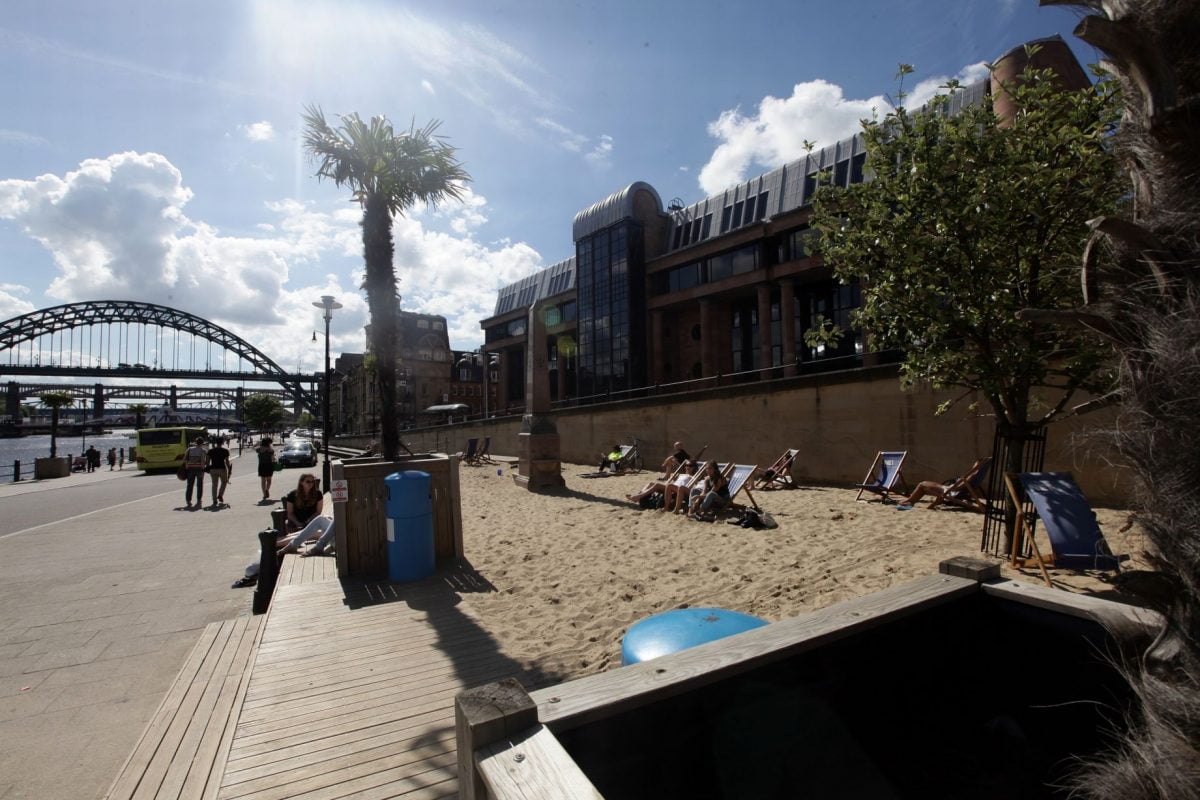 The Met Office has issued a yellow health warning from Tuesday to Thursday, meaning there is an 80% chance of heat being a risk to health.

Fears that the heat could potentially buckle train tracks pushed Network Rail to introduce speed restrictions. The hot weather is expected to last until the weekend, where temperatures are expected to ease off a bit.

The heatwaves could be dangerous for the very young, the elderly or those with chronic diseases. The warning covers the west and north-east of England. Hay-fever sufferers will also be impacted, as it is expected that pollen counts will be very high throughout the UK.

The Midlands and south-east Wales are likely to experience the highest temperatures. Some schools even said they would be cancelling sports day due to ‘extreme heat’. We’re sure those kids are devastated.

Monday was the hottest day of the year, with a recorded temperature of 30.1C, at Hampton waterworks in west London. This year’s previous highest temperature was 29.1C in April at St James’s Park in central London.

Be sure to wear plenty of sun-lotion and take hay-fever tablets.

Also, if you’re walking your dog, keep them off the pavement for long spells as it could damage their paws. Or if you’re leaving them in a car for goodness sake open the windows.

Perhaps put some of their favourite songs on also.

You think this is bad, remember when we had that snow? Good times.