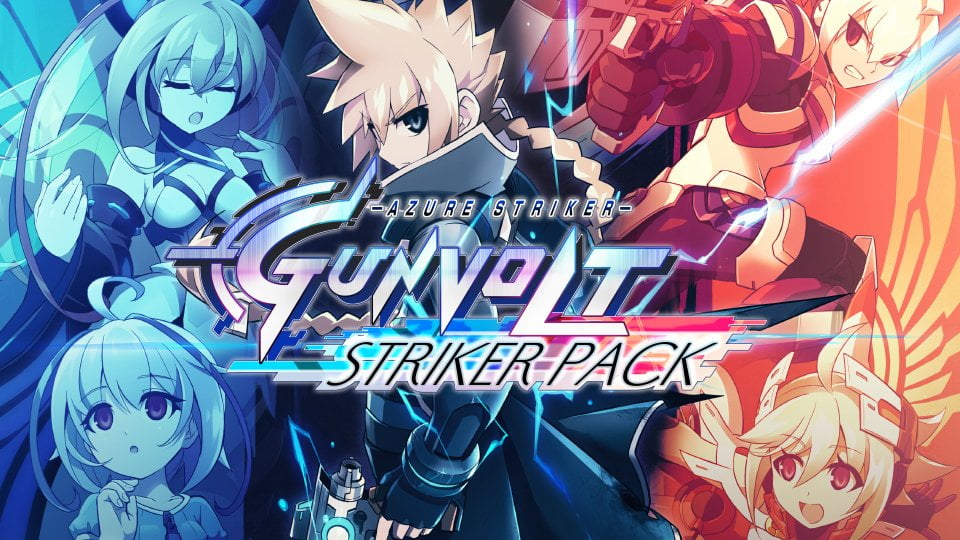 Despite the name, Azure Striker Gunvolt is not about a blue-green football player. It’s actually a fast-paced action-platformer about a superpowered secret agent. It also happens to be pretty amazing. Originally released on the 3DS, the game and its sequel, along with all of the DLC, were later re-released on Nintendo Switch under the rather long winded title of Azure Striker Gunvolt: Striker Pack.

The game takes places in a technologically advanced future where certain people (known as “adepts”) have developed superpowers (called “”) and are being forced into working for the paramilitary Sumeragi Group. Gunvolt, a young adept, works for rebel organisation QUILL in fighting to dismantle the evil organisation.

Gunvolt’s core gameplay consists of a combination of tight 2D platforming and combat based on “tagging” enemies using a dart gun, followed by defeating them with Gunvolt’s electrical ability. The second game introduces an angsty, red-themed antagonist-turned-antihero with a unique move-set (Sonic and Knuckles much?) in Copen the adept killer. Copen dashes into his enemies to tag them, automatically targeting his handgun and secondary EX weapons.

These EX weapons, like much of the series, show a heavy Mega Man influence in that they emulate the elemental abilities of the bosses they are taken from. This blue bomber vibe is evident in the structure of the game as well. After an introductory level, a set of main levels containing themed bosses are unlocked. The final levels are only unlocked once all of these bosses have been dealt with.

The game’s bosses are also very Mega Man-esque, but with far more character than any robot masters. Each big bad has their own personality, and will continue to chatter whilst fighting. This inane conversation, although distracting, makes the people you’re killing seem marginally more human. Some people would say this makes them feel guilty, but it just helps to expand the lore and characters of the dystopian future. My personal favourite is Ghauri, an adept who raps whilst fighting.

Both games are currently available on the Switch’s E-Shop as the Striker Pack, and the third game, Gunvolt Chronicles: Luminous Avenger IX, which is set to focus on Copen, is currently in development for the system.