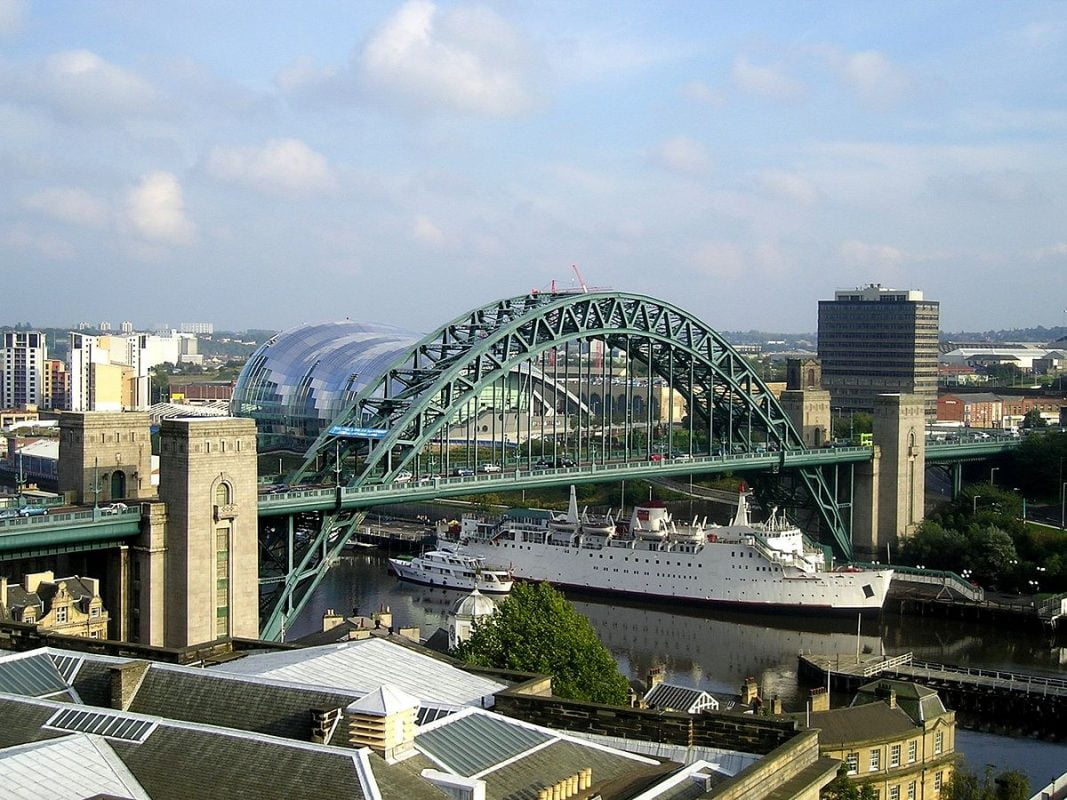 At 30 million years old, the Tyne is the second oldest river in the UK; beaten only by the Thames. For almost 2000 years, humans have been building bridges that span the width of the river.

The Tyne Bridge is one of the most iconic landmarks of the Northeast. At a height of 194ft, it is Newcastle’s tenth tallest structure and the largest of the seven bridges that connect Newcastle to Gateshead. Its size offers an impressive sight as it looms over the river (but sightseers be wary when walking underneath of the thousands of seagulls and kittiwakes that make the bridge their home) and the views from the atop the bridge are quite spectacular.

The bridge was designed by Mott, Hay and Anderson (also known for designing the Forth Road Bridge) and was built by Middlesbrough based firm Dorman Long and Co. Based on the design of the bridge spanning Sydney Harbour, construction of the Tyne bridge began in 1925 and when officially opened by King George V in October 1928, it was the world’s longest single span bridge.

While the Tyne Bridge has become the defining symbol of Tyneside, it is not the first bridge to span the width of the river. The first bridge over the Tyne was constructed in 122 AD by the Roman emperor Hadrian who visited the region around this time. Pons Aelius (meaning Aelian Bridge – Aelian being the clan name of the emperor) stood roughly where the Swing Bridge stands today and was the only bridge outside of the ancient city of Rome to be named after an emperor.

Strategically, it would have allowed the Roman legions garrisoned in ancient Newcastle optimum control over the river and the surrounding areas. While construction of the Swing Bridge was ongoing in 1872, remains of two Roman piers were located. It is estimated that the bridge would have spanned the river at around 768ft.