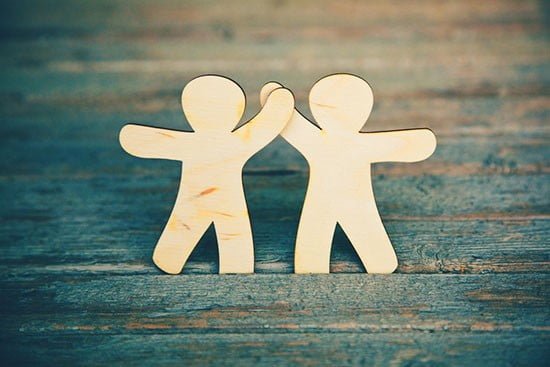 Heading off to uni is one of the biggest changes in a person’s life. For most, it’s the first time they’ve lived away from their home and consequently their families and friends. The structure of school/sixth form life is no longer there, and finding your feet is not easy. As a result of all of this, it’s only natural that your friendships from home will change when you go to uni.

Friendships, as we always say here at b**p are so incredibly important in life, and we think it’s vital that everyone values their friendships massively. However, when you go to uni friendships, no matter how much you value them, do indeed change, sometimes causing friction and unease within a group.

First of all, friendships change when you go to uni almost immediately. The ones that change immediately are the friendships on the periphery, shall we say. These are friends who had a bit of a wobble during sixth form and school and so don’t really have that much of an influence on your life. A few weeks away from them and a few weeks of increasingly forced effort to stay in touch, it’s clear that both parties just aren’t going to be able to make it work, and then the friendship is pretty much over.

Periphery friendships are easy to get over and to replace. But the important friendships that change when you go to uni aren’t so easy to deal with. In a lot of cases, they seem to change in a way that causes friction. The major problem seems to be that friends who have remained at home (or who may be at different unis) think that you have no time for them when you’re at uni and only care when you’re at home. While, on a surface level, that may seem to be the case, it’s a misguided assumption and one that is rarely ever accurate.

Going to university is life-changing, and you inevitably meet other friends too. You have to live with these other people, and obviously you become close to them. This is absolutely no discredit to other friends at all, yet it’s often taken to be that way.

What needs to be understood by all friends in friendship groups when members go away to uni is this: things will change, but it doesn’t mean there’s any less love between you all. Each member will make new friends in the course of their lives and eventually, you’ll all end up mixed together in one pot, so don’t be scared of them.

Leaving school means growing up, so don’t be petty. Instead, acknowledge new friendships are formed and time has to be made at university for those, and old friendships are kept – time is also made at home for those too.