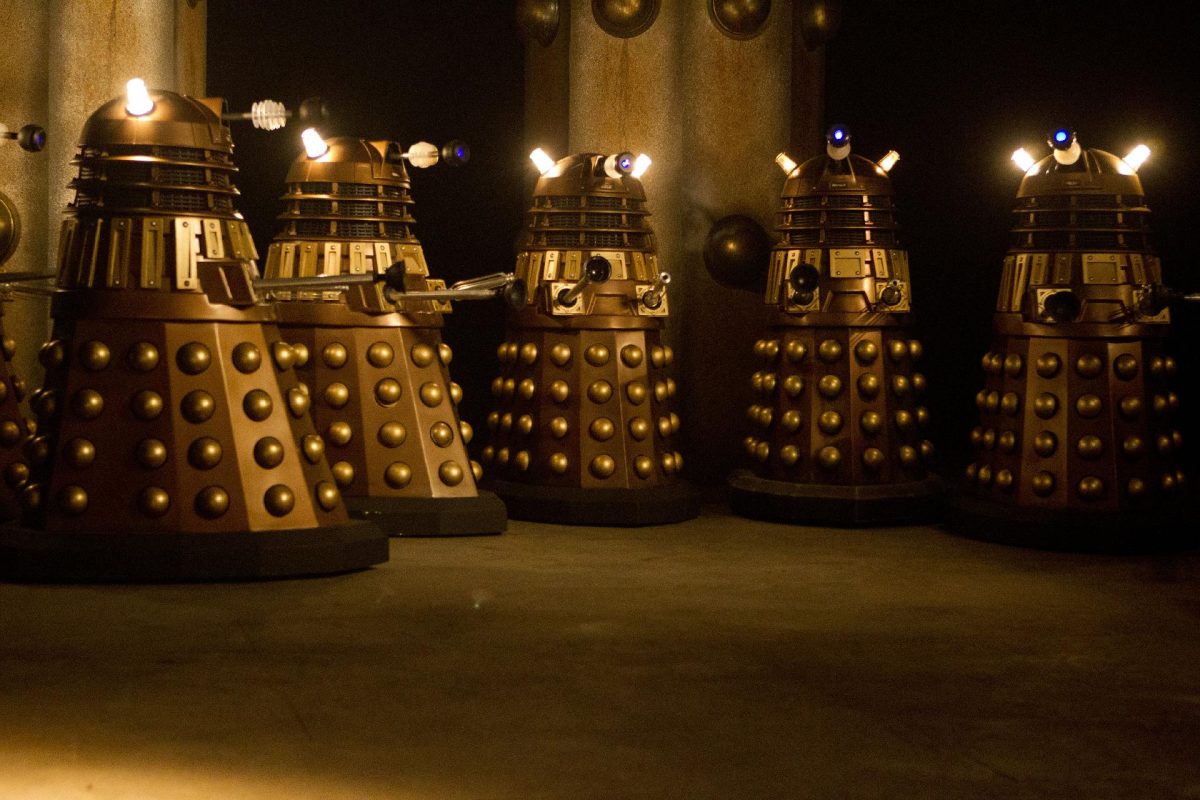 I recently set myself the unenviable task of watching the entire Doctor Who series since the 2005 reboot in the space of a month. Therefore, I’ve a lot of Who on the brain. This years festive special marked the final appearance of Peter Capaldi as the cantankerous Time-Lord but, more interestingly, the departure of showrunner Steven Moffat and his replacement with Chris Chibnall. With all this info on Shadow Proclomations, Gallifreyan high councils and Sontaran strategems spinning round my noggin, I thought I’d run up my wishlist for Chibnall when Jodie Whittaker takes the helm of the TARDIS later this year.

To be fair, Moffat isn’t the only culprit of this. Both him and previous show-runner Russel T Davies framed every single series of their run on an overarching mystery element that built up to an eventual reveal in the finale. Sometimes it worked (eg. S4’s Missing Planets, S5’s Cracks in time or Missy in S8), but far more often these arcs fizzle out 3 months of build up with all the impact of an armpit fart in Wembley Stadium (see S9’s The Hybrid, S10’s Vault or S6’s Impossible Astronaut etc).

If Chibnall wants to distinguish his run from the outset, all he needs to do is cut the final 8 seconds from the first episode. Those are always the ones that feature the allegedly ‘intriguing’ teaser. Just for a change it would be nice for the finale to be surprising in that we hadn’t already figured it out through 10 weeks of tired speculation. The reason the missing planets worked was because I barely noticed the hints, whereas I think I might have deciphered the contents of the vault within the same attosecond its existence was made known to me. Every winking mention of it from that point onward felt therefore goofy, unaware and smug, Moffat.

Women are people too

I’m no expert on women, the article detailing my agonised thoughts on Doctor Who probably made that clear. That said, could we have a female character whose personality revolves around something other than a bloke?

Amy Pond, initially a fiery Scottish ‘kissogram’ (those are the heaviest quotation marks I’ve ever used), was reduced to a lovesick puppy with two boyfriends. Clara was revealed to literally exist to serve the Doctor. River Song? What’s that? A skillful, independent archaeologist with moves to match the Time-Lord? Oh no, turns out she was raised to be obsessed with him and eventually become his doting wife. I’m getting Sherlock Irene Adler flashbacks Moffat.

S10’s Bill was a step in the right direction but with the first female Doctor taking charge, this is something that makes me increasingly nervous.

Could we please stop sticking the Doctor’s most feared and dangerous enemies in every 2nd episode in huge numbers? Daleks are a dime a dozen in Moffat scripts and The Master is even starting to basically be main cast. The reason S1’s Dalek was so terrifying is that there was only one of the eponymous unstoppable monsters and Chris Eccleston reacted like he’d seen a ghost, a bar tab and a parking fine all at once.

Nowadays, the Doctor happily bounces through stadiums filled with the children of Skaro, riding in their pepperpot bodies and threatening them with jammy dodgers. This Christmas he visited one to ask to access the Dalek database with all the awkward difficulty of ringing an ex to see if they’ll give you the number of their plumber.

Making these nemesis’ threatening again would give you immediate fodder for the people-pleasing finales and Christmas specials of the Davies era that basically wrote themselves. Use them sparingly. Heck, have them EXTERMINATE a companion (who actually stays frigging dead Moffat). Simple as that, you make the most iconic British sci-fi villains in history something that both the Doctor and the audience can actually fear.