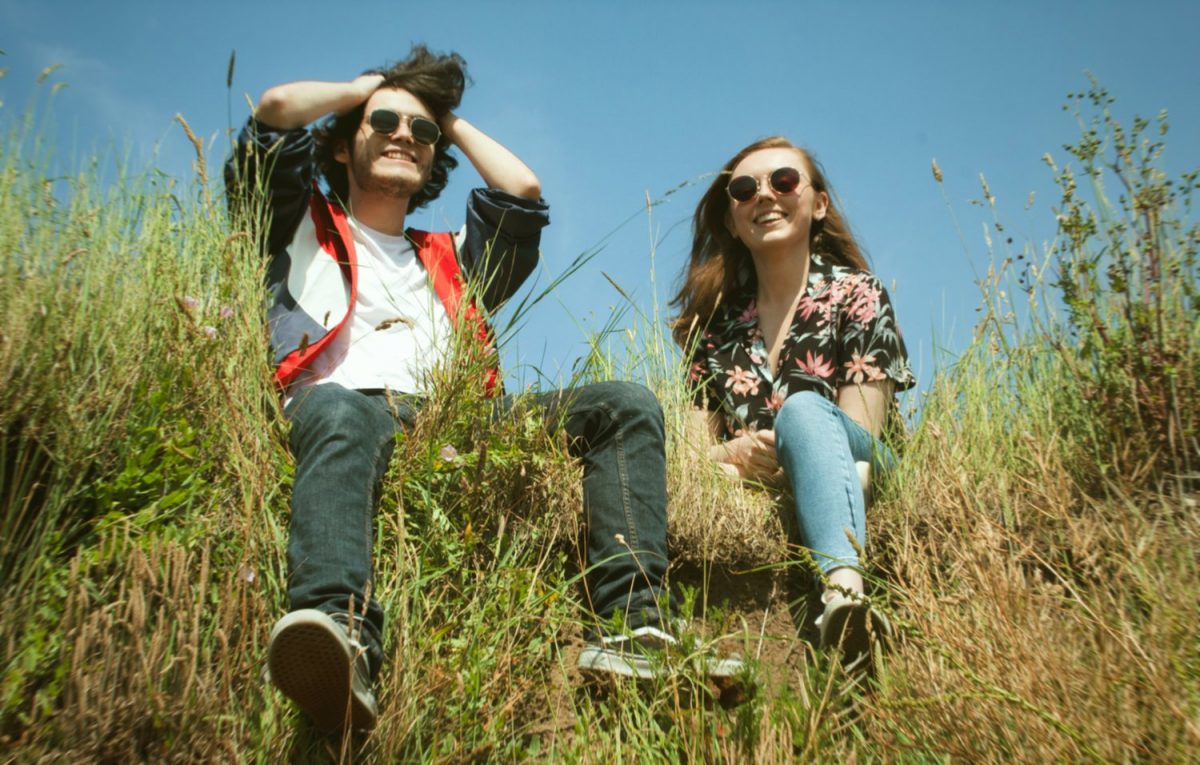 My name is Tilly Louise. I’m a 19- singer-songwriter, musician and producer from Liverpool and I was asked by the lovely Lauren White if I’d write an article on what it’s like to make an EP. This is because my friend Liam and I have just released our debut EP VHS with our band .

At first, I thought that no one would really take much interest in how we made our EP. And then I thought I would be interested in reading something like that. And l back over the crazy year we’ve had, it’s really quite special that we managed to make VHS and I’m going to share some of how we did it in part one of this two-part series.

At the start of my first year at the Liverpool Institute for Performing Arts, I did not think I’d ever do the following:

— Get a band together

— Sing in front of more than one person

So, how did I start making our EP?

In November 2018, I Facebook messaged Magnus, a wonderful Norweigan sound tech student at my uni. I sent him a not-so-great demo of Clementine’s song Temporary and, to my surprise, he agreed to record us.

We got to the studio, set up the drum kit and mics in the live room and Flick, our drummer, started to do his thing! Week by week, the song gradually started to take shape; Magnus (who will be writing part two) worked his magic and had the song ready for release in time for our debut gig in December.

When January came around, we were all ready to start recording the EP. I finished writing the remaining songs before Christmas in time for our gig, which was a good experience as we found out that everyone liked the new songs I’d written (what a relief)!

For the EP, I wanted to be a lot more involved in the production of the songs and thankfully, Magnus let me co-produce it with him. After having at least a month’s worth of studio time, the EP was finally ready for producing and mixing.

Magnus and I would meet up after he’d started mixing some of the songs and we’d produce the songs together. He would take it home and then continue to make the songs even better. We kept meeting up and making alterations, mixing little things together to make each song . I loved it so much.

Coming to the end of the producing stage, I asked Magnus to try out a particular effect on our song Calypso, just to see what it sounded like. I wanted the vocals to sort of fizzle out, or seem like a wheel had run out of tape at the end of the song.

The effect added a little bit of difference to Calypso and it sparked mine and Liam’s imagination. We started brainstorming what we wanted the singles to look like and created a theme, colour scheme and our EP cover art.

I had an idea of how I wanted the singles to look so I made the cover art myself and sent it to Liam, who really liked my ideas. We spent some time playing about with different fonts and placement of text until we decided on the cover art we released. I think the actual EP cover or the Calypso cover art is my favourite!

To build up around the release of the EP, we organised a couple of gigs and made some videos of us listening to the EP and making comments on it.

We found out that some magazines and blogs have added our songs to their playlists, wrote reviews on our songs, wrote reviews of our gigs, played us on their local radio stations and got in touch with us to interview us during this time.

Next, we met up with our photographer friend Jess Seymour who took some portraits and new photos of us for our social media and artist pages. Our page felt a little too wintery with our old photos in woolly hats!

Then the countdown began.

We announced our song releases with a couple of weeks to go until they dropped, which we felt would be a good idea as staggering the releases to help boost our listens created a bit of excitement around the VHS release. We didn’t reveal the name of the EP until two weeks before so that we could make it special and really give it the build-up it deserves!

When we released VHS on 2nd August, we didn’t expect the kind of reaction we got. We couldn’t believe how much love and support we got from our friends, family, colleagues and even strangers!

It has completely blown our minds and made us so, so happy! Getting almost 2,000 streams within the first three days of releasing our EP is insane – and a number we didn’t think we could achieve in such a small space of time.

It sounds super cringe to say, but I honestly don’t think I would have achieved half of what I have if it wasn’t for the likes of Magnus, Liam, Flick, Marco and George pushing me onwards to continue when things weren’t going right. So thanks, lads.

Stay tuned for part two of ‘How we Made an EP’ by Magnus, the co-producer of Clementine’s EP, VHS.