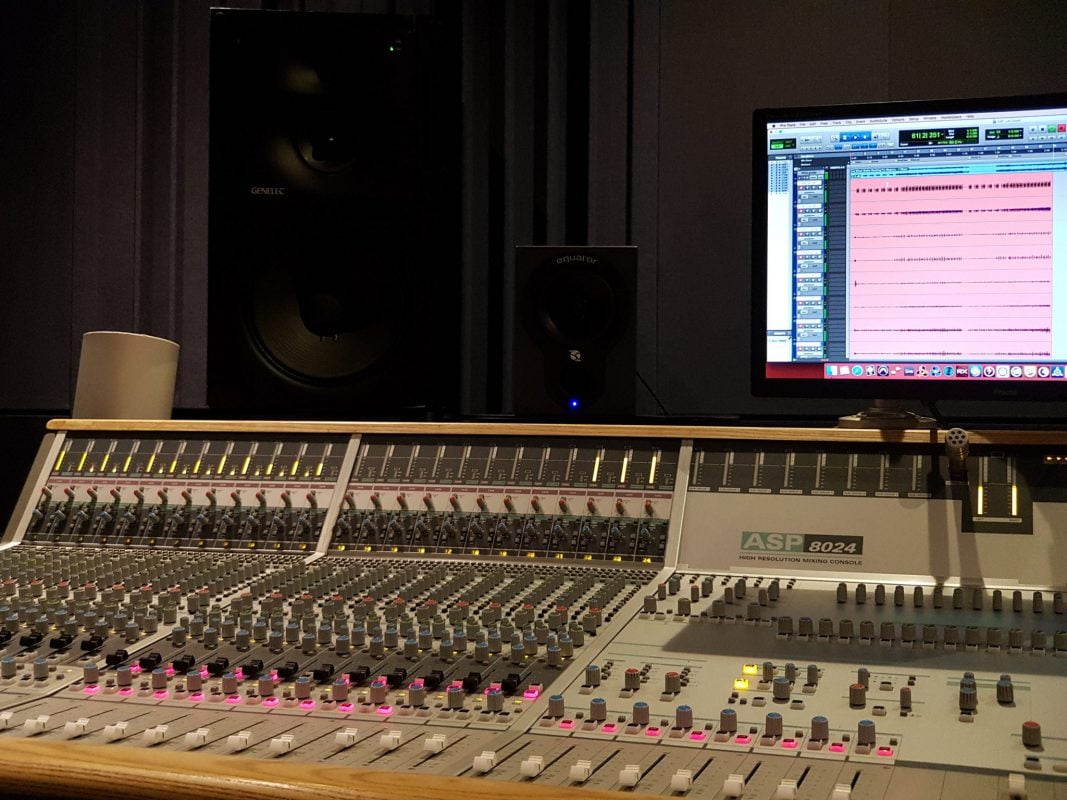 Magnus is a musician from Noway currently studying at the Liverpool Institute for Performing Arts, where he met fellow musician Tilly Louise and helped make her EP, ‘VHS‘

Recording an EP was, in this case, a lot of fun with good friends. It was also a lot of hours stuck in a chair, and a few late-hour meal deals. Being in the chair in front of the computer in the studio, to me, is all about getting the best sound possible and making sure the musicians are feeling like they are in a good environment.

The musicians have to be comfortable so that they only have to worry about their performance. In the end, it’s all about the music. If it’s not played well, the best sound engineering in the world won’t help. So I want to make sure I’m doing everything within my power to help the musicians and make them shine when they’re recording.

Imagine sitting in the live room of a studio in front of a mic with a headset on, playing along to the rest of the instruments whilst someone else is sitting on the other side of a window listening to what you just played. Then they start telling you what is good and bad about your performance. Right off the bat, that’s a very intimidating and unnatural situation. Communication is therefore key.

Speaking with people for the first time when they walk into the studio can be quite stressful for both parts, so having some time to get to know each other goes a long way. Having spoken to someone before you record gives you many indications to what this person is like, what they are comfortable with, if they are shy or outgoing, what kind of humour they have, and so on.

Being in the studio with everyone who played on the Clementine EP was great. They are all lovely people and we spent enough time in the studio to get to know each other quite well, which makes the entire process of me telling Tilly and Liam and the boys on the drums what was good enough, and what they needed to do again, a lot more relaxed and so much easier.

We started off slow and got increasingly efficient in our communication as time went on. As we got more comfortable around each other, we started making more jokes and having more fun with the EP, which gives extra energy and motivation for everyone when spending six consecutive hours one Sunday in the studio.

The role of the producer

As mentioned earlier, if the music on the EP isn’t well, the best sound in the world won’t help. The producer’s role is to listen to the playing and then decide what needs to be done to make the music better.

Most of the time when you get into specific details on an instrument, terminology becomes a bit of a problem. In those situations, knowing what you want the sound to be like helps you to describe how to achieve it all a bit better. For instance, saying, “start off the verse a bit soft and then build up more energy towards the chorus” to a vocalist, doesn’t go into any specifics on what techniques the singer should use. But the trick is to make your point on what the singer should do, and then the singer can chose for themselves how they are going to achieve it.

In many cases, the band often knows what they want their EP to sound like. With Clementine, they know what they want, but they’re open to new ideas as well, which is the best possible scenario. Having Tilly in there, who knows quite a bit about producing as well as being an artist, makes the entire process a lot easier because you have the artist’s view and the technical view all in one. Long story short, it kills the confusion.

Another great thing about working with Clementine is that they are not afraid to just try something and then see if it works or not. Several times we recorded a good take, but then we’d do a few more with different variations of the same part and then sit down, listen through and decide what sounds the best.

Mixing the EP was a lot of fun. This was to be predicted, though, as Clementine told me to “have fun” when I asked how VHS should sound in the end.

I like to have a plan for what I want music to sound like in the end before I start. I’ll then break it down instrument by instrument and make sure there are no problems that might jump out in the mix at a later point. Then, I start going through the instruments with EQs, compression and effects.

Reverbs (where the sound reverberates deliberately) are nice as room imitations, or just to create space and add something extra to the sound. I’ll often add a short reverb on parts of the drums and on the guitars and use it as part of the sound rather than an obvious effect.

The same goes for vocals, but as it is the main focus in the Clementine EP, putting some more reverb on there and a few other effects the vocals more interesting.

When I have a sound for all the instruments that I like and I’m happy with the vocal tone and the effects, I’ll leave it, do something else for a day or two) and then come back to the song with fresh ears. The idea is that you “hear yourself blind” (yes- that doesn’t make any sense) and you come back with a fresh perspective. When I’m happy with the mix (which you never truly are because you always feel like you can do more), I put all the songs as stereo files in a new pro tools project and started the mastering, which is the final step.

Overall, making an EP is a lot of work, but it is also a lot of fun if you do it with the right people.