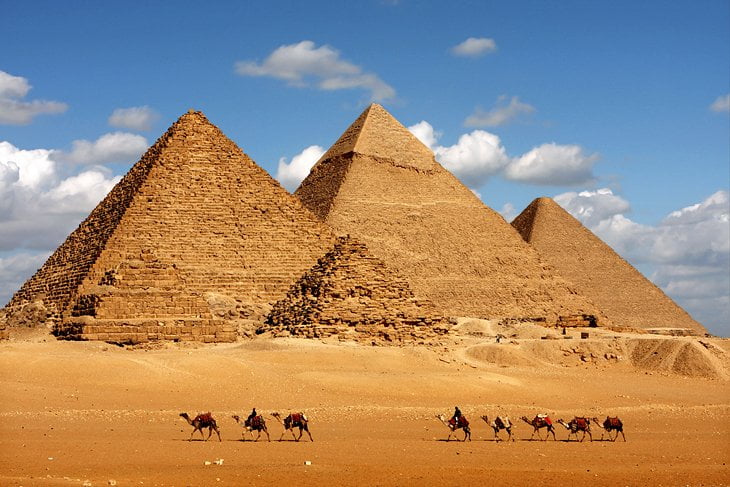 The pyramids on the Giza plateau are without question one of the most iconic and identifiable landmarks on the planet. While their stature as a landmark is unquestionable, many people perhaps don’t know exactly how they came to exist.

If you’ve ever stumbled across the history channel after 10pm, you could be forgiven for thinking that the pyramids were brought to earth by aliens. As much as I hate to burst the bubble, this is in fact not the case.

The actual case, however, is fairly complex. For years, many scientists have been working to determine the ways in which the megastructures were built. Some of the earliest theories suggested that slaves were responsible for developing the structures.

Despite this, though, current day evidence points towards the theory that the pyramids were in fact constructed by Egyptian workers. Tombs were found near the pyramids filled with the remains of employees.

As they were buried so close to the pyramids, it is believed they were Egyptian workers, rather than slaves.

The idea that the workers were allowed to be buried within such close proximity to the pyramids demonstrates that they were respected for their work, rather than simply being used for slave labour.

The pyramids of Giza were built between 2550 – 2490 BC and as a result of the time period, the process of constructing the pyramids was extremely labour intensive. Some people believed that as many as 100,000 people may have worked on the pyramids however this is disputed.

The 100,000 figure comes from the Greek historian Herodotus who visited Egypt and claimed that 100,000 workers operated on a shift pattern to construct the pyramids.

More recent estimates on the number of people required to build the megastructures place the number significantly lower than 100,000.

Based on analysis of the required manpower to construct a pyramid, Vaclav Smil suggests that: “Even if we were to double that number to account for designers, organizers, and overseers and for the labour needed for transport, tool repair, the building and maintenance of on-site housing, and cooking and laundry work, the total would be still less than 7,000 workers”. 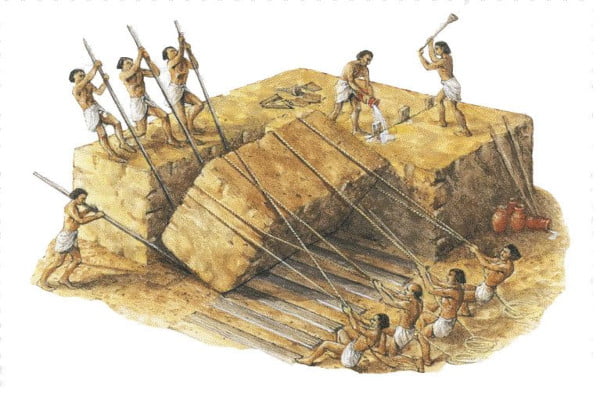 While this is still an extraordinary number of workers required for completing the task of building the pyramids, it is certainly far below the original estimate of 100,000 workers.

Considering the lack of advanced tools available, it is quite frankly remarkable that they were able to construct the pyramids which not only stood tall at the time but continue to stand strong thousands of years later.

The ability to move the large blocks required for the pyramids is impressive. In terms of how they did this, the Egyptians utilised many methods. One method used was to pour water in front of the sledges they were dragging. This water made the sand easier to pull heavy weight across. 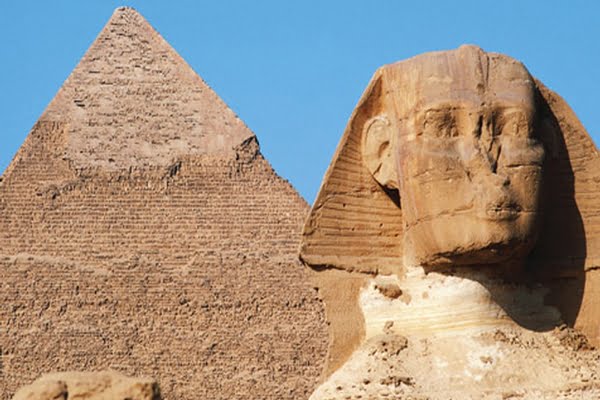 These clever innovations in technology from the Egyptians allowed such a large scale project to become possible. Without the innovations, such a task would surely have been insurmountable, especially within the context of the time period.

Considering the global renown now attributed to the pyramids, it is hard not to admire the hard work and innovation and to this day, the pyramids still remain an impressive display of architecture.

While the real story is perhaps not as exciting as some of the outlandish conspiracy theories surrounding the construction of the pyramids, the real story does highlight the importance of human innovation throughout history.