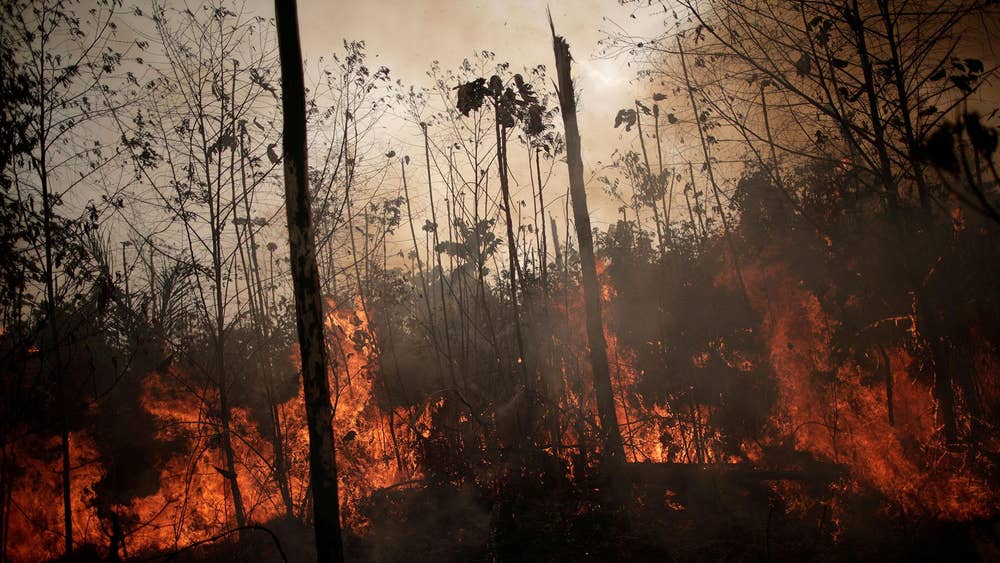 You’ve most likely seen it a million and one times on social media. Photos, videos, campaigns and information about the Amazon Rainforest fire. Though it was a couple of weeks ago now, yet more fires have been sparked in the rainforest.

Whether this is another world crisis that you’ve desensitised yourself to, or if you’re genuinely making effort to try and do your bit to end the disaster, there are some facts you need to know about how you are singlehandedly, and metaphorically, adding fuel to the fire.

Animal agriculture is the sole reason for 91% of Amazon deforestation. The reason for this is simple, the UK imports 1.83 million tons of soya for animal feed yearly, which equates to 900,000 hectares of rainforest being burned and laid to waste for producing animal feed alone.

And this is yearly. This statistic isn’t even close to covering the net amount of rainforest that we’ve destroyed for our ignorant diets, which, to put it in perspective, amounts to 136 million acres. So in reality, when you opt for a meat option at a restaurant, you’re basically putting in an order for the destruction of the world’s largest oxygen manufacturer.

But what does this mean?

Why is the Amazon rainforest SO important? Well, as it contains over one-third of the world’s remaining rainforest, it is often known as the ‘Earth’s lungs’. This means that an abundance of the oxygen we all need to survive is coming from the Amazon rainforest. And without this oxygen, as well as the trees to help soak up the greenhouse gases we frivolously produce, climate change will become irreversable a lot sooner than expected.

How can you help?

The answer’s easy. Change your lifestyle for the better. Our planet shouldn’t have to suffer for our luxurious diets. It’s not the 1600s anymore – our planet is violently overpopulated.

Meat production has gone from small local farms killing cattle for the rarest of occasions, to huge corporations mass-producing carnivorous goods to be eaten by billions daily, without a second thought. So next time you pick up a menu, think about the Amazon rainforest.