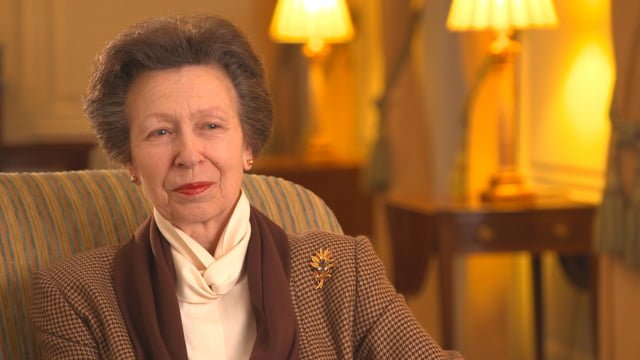 As someone who only has a passing interest in the royal family, I had only vaguely heard of the Queen’s daughter, Princess Anne. However, I recently watched the debut of the 90-minute documentary: Anne: The Princess Royal at 70. Filmed over the course of more than a year, the documentary discusses the princess’s fascinating life. It showed her love for sports and the amazing amount of charity work she does. As a pioneering youth, that set the stage for the current young royals, it shows her influence on their lives.

My first thought about Anne is that she is very down-to-earth. The documentary showcases that she can easily carry a conversation and make anyone feel comfortable. She shares a friendly sense of humour with her mother, which plays a large part in their shared charisma. She has also raised her children without giving them royal titles or a highly publicised life, which they appear very grateful for.

Born in 1950, Anne was homeschooled until the age of 12. This included an interesting curriculum but she eventually decided that she would rather attend a private school. A huge enjoyment for the Princess it turned out. She was generally well-liked by her peers and enjoyed a rather normal school life. even broke out of school on several occasions to buy fish and chips with her friends.

Anne decided against university as she said she didn’t have a good enough motivation to attend. Instead, she accompanied her parents on royal duties and pursued her sporting ambitions. Princess Anne is the first-ever royal to compete in the Olympics. She did so as a successful equestrian, competing in several European events, where she won three medals, one gold, and two silver. Her daughter, much later, was also a gold medal in and went on to partake in the Olympics. Horse-riding is something the family often bond over.

Anne met her first husband through a party for horse-enthusiasts. Five years later and the couple were married. They were happy together for a while, having two children together, a son and a daughter. However, due to a strain on the marriage that the couple admitted had been growing for a number of years, they separated after 19 years together and were divorced a few years later.

Only months after her divorce, Anne remarried. This time to a naval commander who, unfortunately, had no interest in horses. However, despite his equestrian apathy, the couple is still together and happy to this day.

Rewinding a little, even in her youth, Anne was an influential figure. Her interesting fashion decisions landed several prominent front covers. Her fame also stems from her intensive charity work. In an official capacity, she is involved with over 200 organisations. These include – Save the Children, The Princess Royal Trust for Carers, and the Academy for Medical Sciences.

Overall, Anne is an incredible woman, using her influence and experience to help as many people as she can reach. Which is a lot. In 2017, it was revealed that she had undertaken more official engagements than any other royal that year.

The Princess Royal turns 70, this week, on the 15th of August and has no plans of slowing down her jam-packed life. Hopefully, despite the lockdown, the princess’ birthday can be a happy testament to her achievements and a hopeful wish that her future is just as bright.