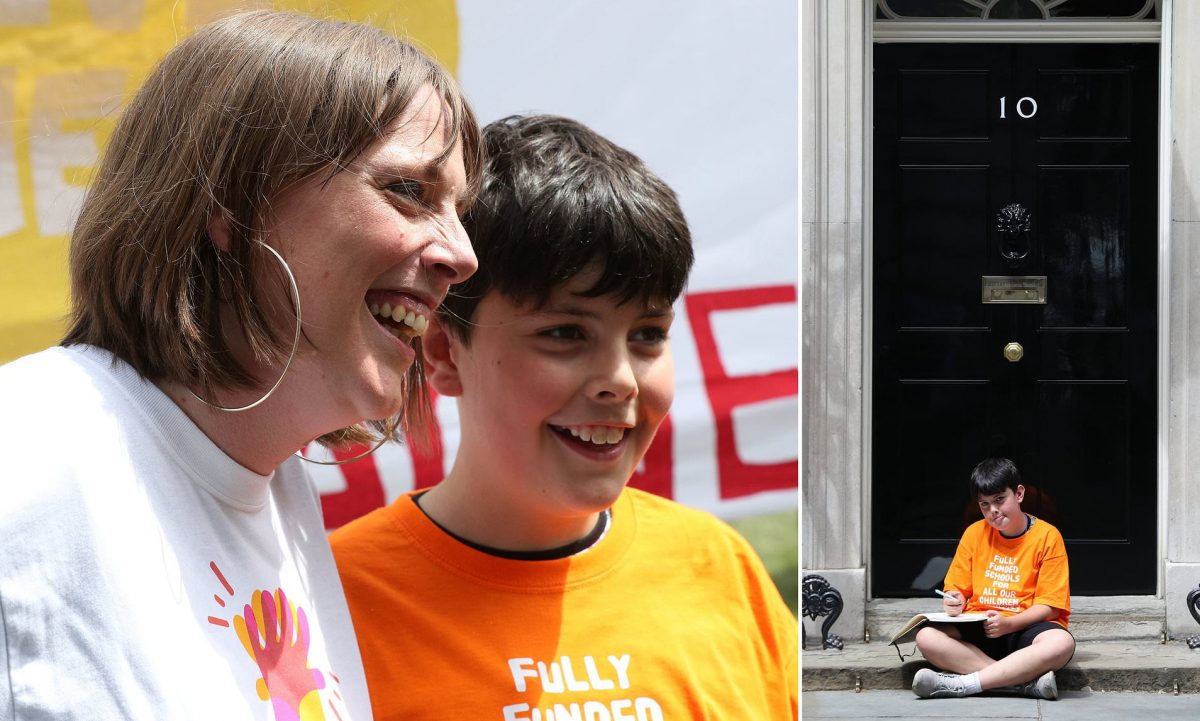 Labour MP Jess Phillips yesterday left her son at Number 10 Downing Street during a protest about school cuts in her constituency in Birmingham.

King’s Heath Primary in Birmingham told parents that due to budget cuts, they would be closing their doors to students on Friday afternoons. The decision sparked fury among parents in the area, including MP Jess Phillips whose son Danny, aged 10, attends the school.

According to campaigners, though, King’s Heath is not the only primary school in the country taking this deicision. Over 250 schools across the country are now either part-time, or are going part-time, leaving parents scrambling to find alternative, and often costly, childcare arrangements.

At the Save Our Schools protest in Westminster yesterday, the Birmingham Yardley MP Phillips led a short march from Parliament Square to Downing Street of parents and children from her consituency, before dropping her son off outside of Number 10 and leaving him to do his homework.

Danny said: “Why are we one of the richest countries in the world and yet we cannot afford to have children in school?”

His mother Ms Phillips said after dropping him off that “it is Theresa May’s responsibility to look after our children. The government has a responsibility to offer universal education five days a week and they are degrading that.”