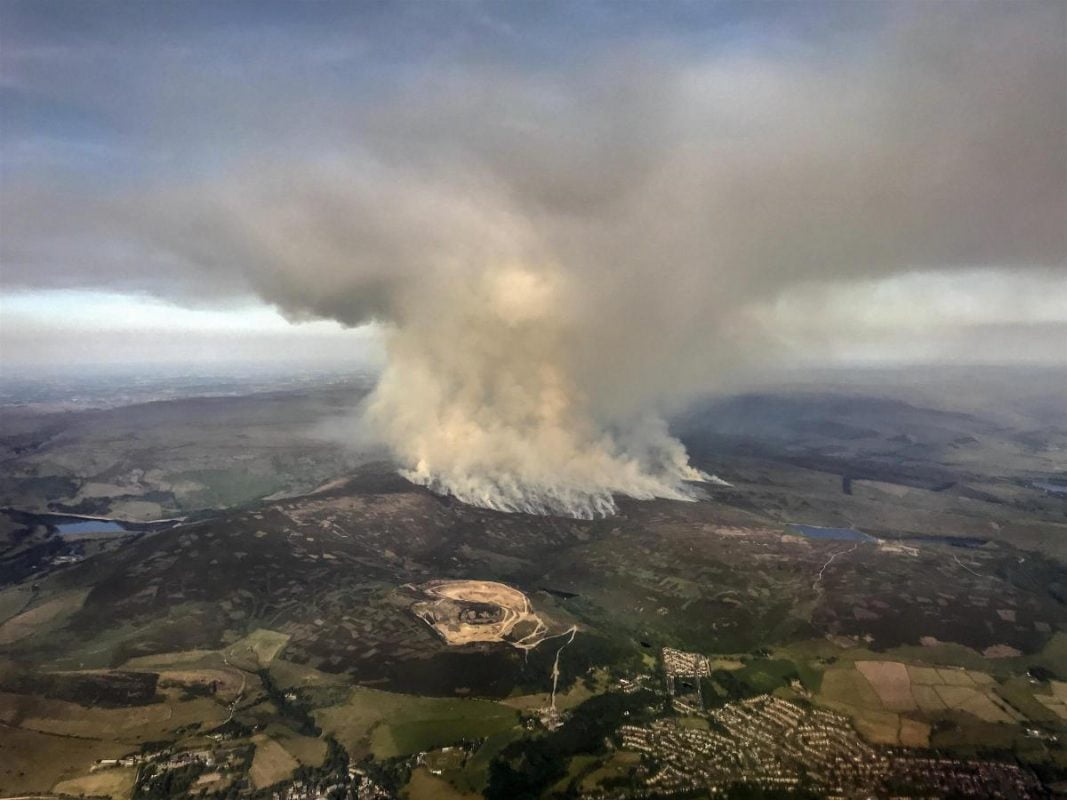 Two grass fires at a military training area in Northumberland were caused by sparks from bullets, the Ministry of Defence has stated. The two fires, 15km apart, have been burning since Sunday in Otterburn.

The area contains possible unexploded ordinance, so the Ministry has made no attempt to extinguish the fires yet. The fires, each about one square kilometre in size, are being monitored. The site, which forms part of Northumberland’s National Park, is the UK’s second largest live-firing range and has been in use since 1911. This isn’t the only blaze that’s raging in the UK at the moment, however.

A fire sweeping across Saddleworth Moor has already prompted the evacuation of dozens of residents, forcing firefighters to work in ‘tremendously difficult conditions’.

34 households were evacuated on Tuesday, to the west of the moorland.

The fire was initially suppressed on the 24th June, however, due to the ongoing heat, the fire reignited. There are currently 50 firefighters working to contain the blaze, which is now a massive 6km wide. 65,000 gallons of water has already been dropped on the inferno.

You can find our other articles on wildfires in the US here.