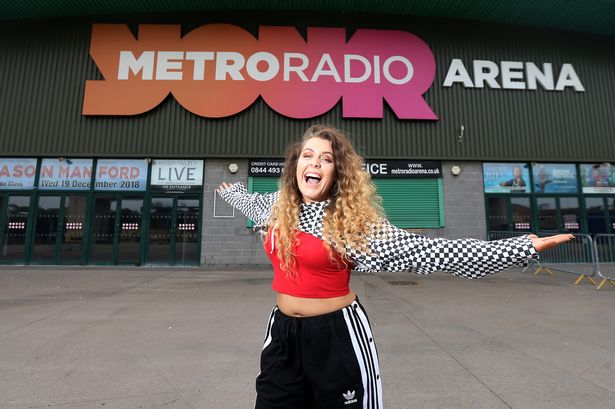 Channy Thompson is an amazing singer who recently performed at Newcastle University to a whole mix of ages. It was an awesome night and I sang and danced throughout the whole evening.

I would recommend her to all ages above ten as she sings very family-friendly and upbeat songs, like What About Us? by P!nk, Little Mix’s Salute, Edge of Glory by Lady GaGa and a few of her own, original songs.

Channy is relatively unknown, however I predict glory for her in the future as teens who have heard of her absolutely love her. Channy Thompson’s songs are also really catchy, so be careful you don’t listen to them too much or they’ll be stuck in your head all day!

One of the only drawbacks to Channy’s performances is that due to her lack of self confidence in songwriting, she doesn’t really have many of her own songs. I am hoping that this will change in the future.

However, she is an incredible hip-hop dancer, who performs with a fantastic crew. Her dancing is very energetic. This is only disappointing in that she performs in small venues, so there is not enough room for her to dance.

Another great thing about Channy Thompson is her marvellous life story. She is so inspirational when she tells you about her life and how she began her career in singing. I won’t tell you her story now, because I don’t want to spoil it for you, but that is one of the main reasons I really recommend you go and watch her live.

So, if you do fancy seeing Channy live, she will certainly be doing so around the north-east over the next year.

By Maisie Cooke, aged 11, from Newcastle High School for Girls