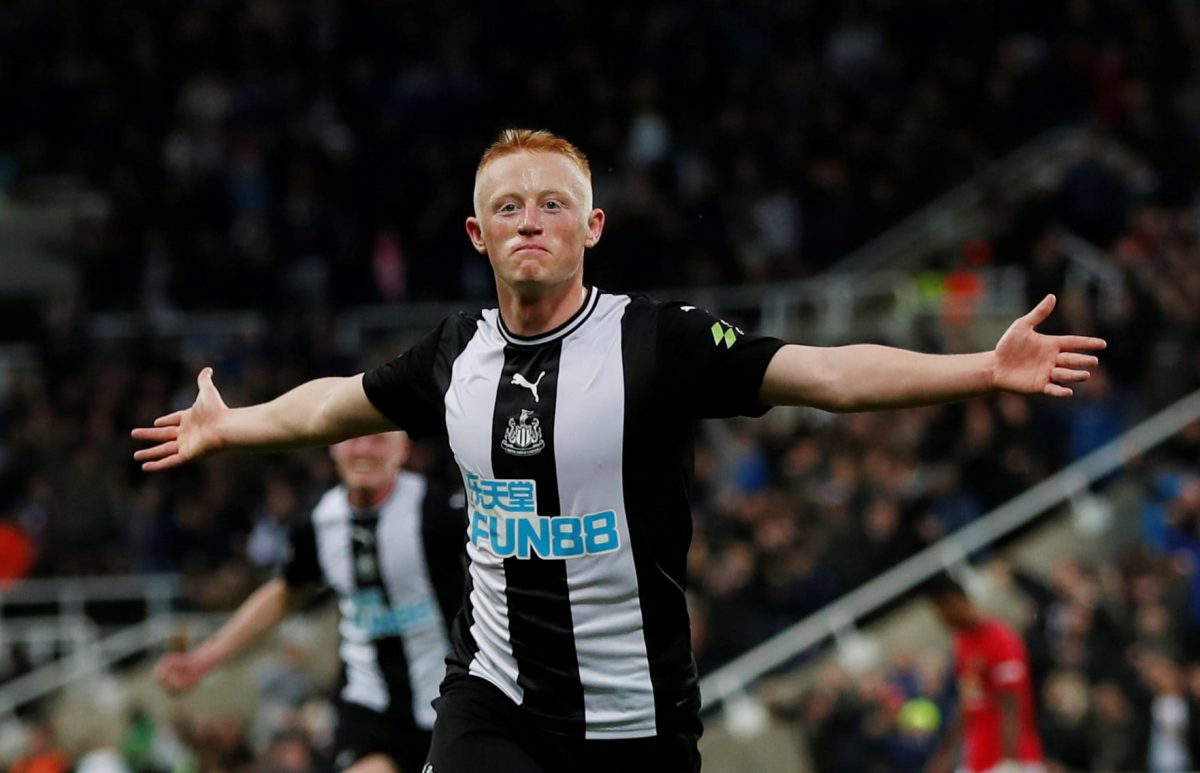 Newcastle United and Manchester United have been a mirror image of each other so far this season. Both teams have a former Red Devil’s legend in charge, both teams have spent money on players yet to perform, and both teams are struggling to get points on the board.

Hence, their meeting last Sunday evening was a prime opportunity to kickstart the lacklustre season for the Northern sides.

The Mags have been struggling for midfield options so far this season, and with Shelvey out injured and Hayden suspended after last week (the less said about that, the better), Sean Longstaff’s younger brother Matthew was brought in as a reinforcement.

The North Shields resident was to make his first professional appearance for his home club, at home and against Manchester United – of a change from Sunday League if you ask me.

The first half showed exactly why these teams lack confidence at the moment. Marcus Rashford, alone , made just nine touches in 45 minutes, with the best chance for Manchester United being Harry Maguire missing a fairly straightforward header about two feet away from the goal. Someone of his height and price should be putting balls like that away with ease.

Manchester United used to be top of the table season by season, their appearance here on Tyneside shows that those times are far away.

St James’ Park was about as full as it has been all season, which was a very good sign considering the numbers from the first few matches. Newcastle seemed much more focused during the first half, with Saint-Maximin providing some challenging pace for the United back four to deal with.

Miguel Amiron, Newcastle’s record £21 million , was still in search for a goal. The French midfielder had a cracking chance at doing that by making a good run into the United box but failed to finish. Matthew Longstaff polishing the woodwork finished off an impressive 45 minutes of football from Steve Bruce’s side.

Into the second half, on came a very familiar face in Andy Carroll, who was finally match-fit after being in training for the first months of his return to Tyneside.

However, attention was diverted away from him when Newcastle made a great run, once again through Saint-Maximin. The Frenchman threads it through to Willems, who pushes the ball into the 18-yard box before passing back to Matthew Longstaff who strikes it past de Gea for the 1-0 eventual win. A dream debut for the teenager who gives Newcastle their first league home win since April.

The Toon Army will head to Chelsea on Saturday in an attempt to ride this form, and with their only two wins being against two struggling teams in Manchester United and Tottenham, the Magpies must fly higher to get anything from a Chelsea side who are gaining more and more confidence under Frank Lampard.