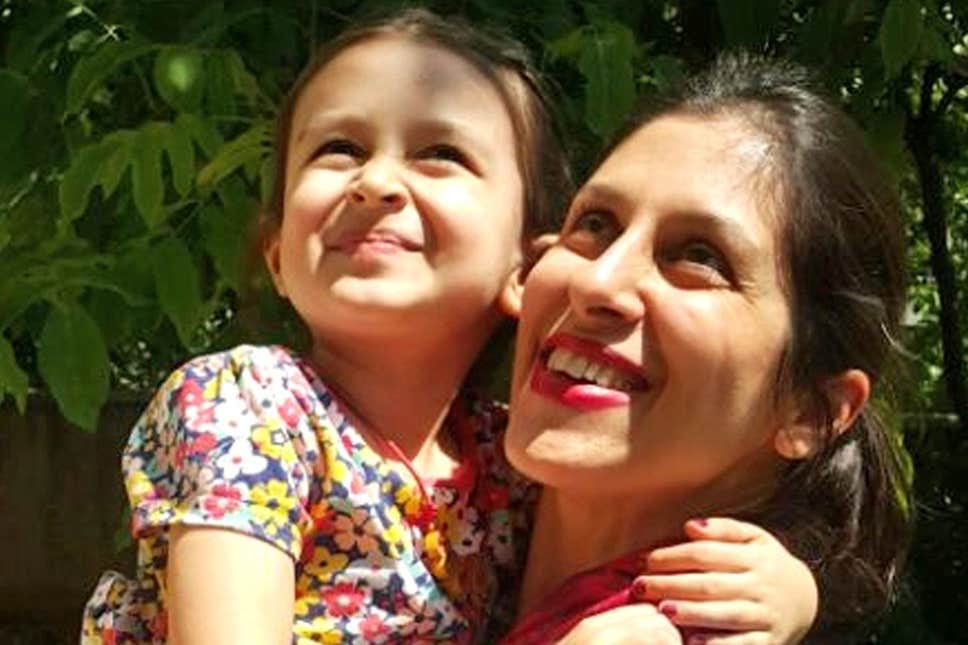 The name Nazanin Zaghari-Ratcliffe probably rings a bell in your mind. It’s the name of a British-Iranian woman who has been detained in Iran since 2016 after she headed out there to visit family with her young daughter.

Why was she detained?

According to Iranian authorities, Mrs Zaghari-Ratcliffe was “plotting to topple the Iranian government”. In 2017, Tehran’s prosecutor general said that the 40-year-old was being held in Iran for running a BBC Persian online journalism course with the aim of spreading anti-Iran propaganda.

Mrs Zaghari-Ratcliff still maintains her innoncence and says she was visiting her parents in Iran with her daughter to celebrate the country’s new year with them.

Moreover, her employers Thomson Reuters Foundation and BBC Media Action have both issued statements detailing how she was not working in Iran, and was instead on holiday there.

What has happened to Nazanin during this time?

According to her husband Richard, during the first few months of her imprisonment, Nazanin was subject to “intense” interrogation. This included complete solitary confinement, which both Nazanin and Richard have said severely impacted Nazanin’s mental health.

Mrs Zaghari-Ratcliffe has also been separated from her daughter, who is now four years old, since the arrest, apart from for three days in August 2018 as part of a temporary release.

In 2017, Nazanin lost an initial appeal against her sentencing, and later on that year she lost the final appeal in Iran’s supreme court to overturn her five-year sentence.

What did Boris Johnson do to her case?

During his time as foreign secretary, Boris Johnson made a blunder which was quite costly under any analysis to Mrs Zaghari-Ratcliffe’s case.

Just as it looked as if the Iranians were about to change their mind on her case, Johnson’s remarks in November 2017 were used to justify sentencing Nazanin further, as he said that “she was simply teaching people journalism, as I understand it, at the very limit”.

The remarks made by Johnson certainly didn’t help the case, and he says that he “deeply regrets” them as he runs for the Conservative Party leadership. Her husband Richard says Johnson should “take responsibility” for his words.

On 29th June 2019, Nazanin Zaghari-Ratcliffe and her husband ended their hunger strike to raise awareness of the case.

Now it is thought that Mrs Zaghari-Ratcliffe is seeking medical attention in prison at a clinic to receieve a blood test after her 15-day hunger strike.

The UK government says it is doing all it can to get Nazanin home.