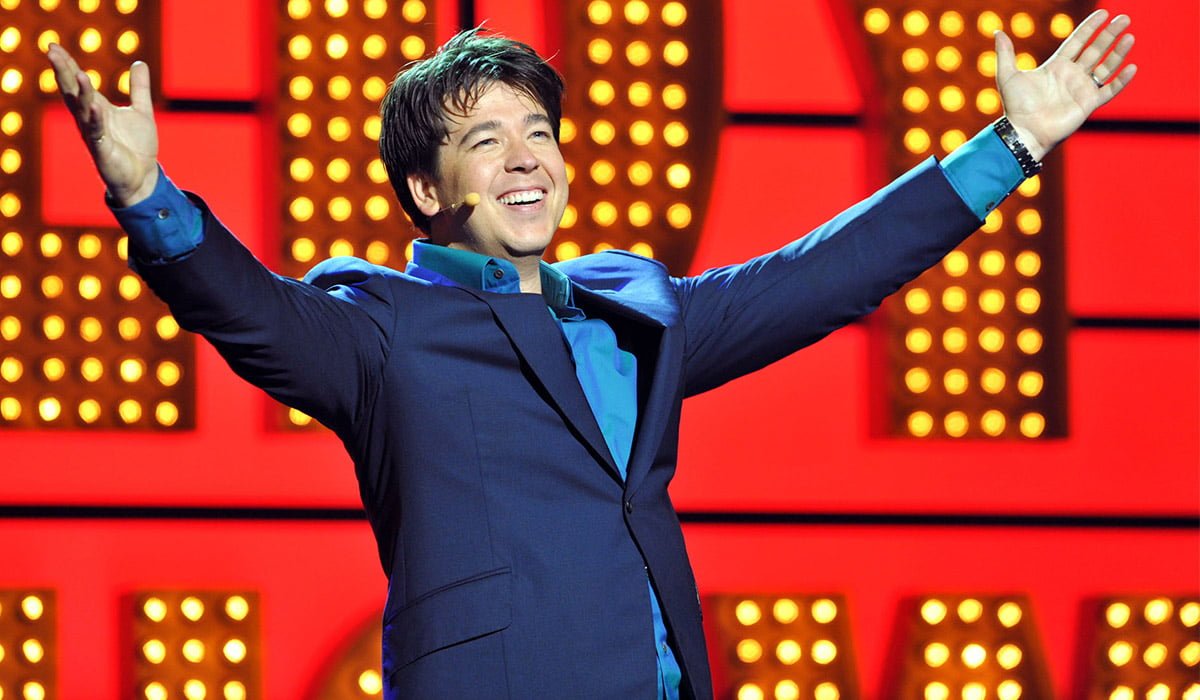 Comedian and show host Michael McIntyre said he was ‘OK’ after he was mugged by two men on a moped in London. He laughed off the incident at his latest show in Dublin. He said it was ‘touch and go’ whether he would perform after he was targeted near his children’s school on Monday.

He joked about it, saying:

‘They say time is the healer. I have lost my watch, how is time going to heal? I have no idea what time it is.’

Back. Thank you Dublin x pic.twitter.com/cfT5oYWVRc

Two men smashed his car window with a hammer, before taking his watch at around 14:00 BST on Monday. Police said he had incurred no injuries and no arrests had been made following the incident. He recalled the mugging, at his sold-out show in Dublin’s 3Arena on Thursday night. He said:

‘It was not so much the fast and the furious as stationary and panicking. I could not get it [his car] started.’

‘It was fight or flight.’

He mused that he could have done with ‘you 9,000 Dubliners’.

His tour in 2012, during which he played to over 700,000 people in 71 venues. He did 10 nights in London’s O2 arena, earning a massive £21 million. He has appeared on multiple panel shows throughout his career like Would I Lie To You and Mock the Week.

We’re sure he’ll be fine.