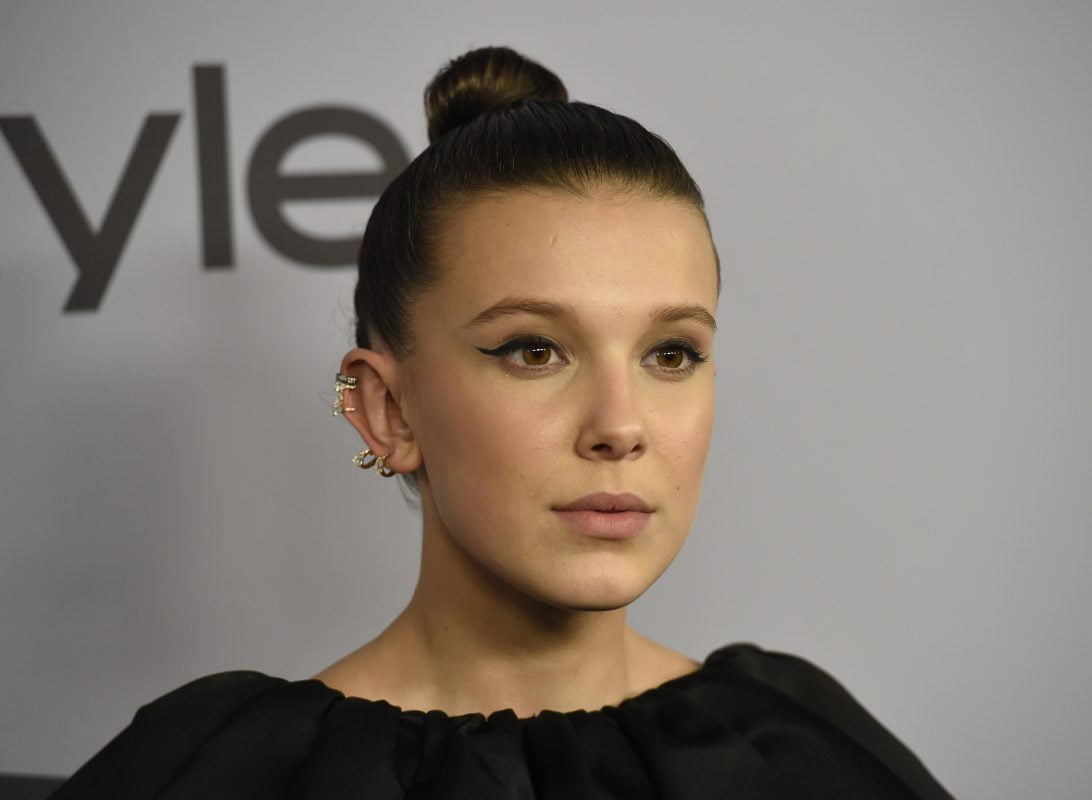 Milly Bobby Brown wore black in support of the Time’s Up initiative, in response to the ‘Weinstein affect’ and the #MeToo campaign. Ariana approves. The Stranger Things star was up for a  Primetime Emmy Award, for Outstanding Actress in a Dram Series and a Screen Actors Guild Award for Outstanding Performance by a Female Actor in a Drama Series. She opted to wear black, as part of the Time’s Up protest, to raise awareness for the sexual abuse that still happens in Hollywood today.

Safe to say, she looked lit.

They grow up so fast.

Well, someone else took note of Milly’s fashion-conscious ways and it just so happened to be Ariana Grande:

I love everything about this.

This 13-year-old is officially cooler than I was. Obviously.