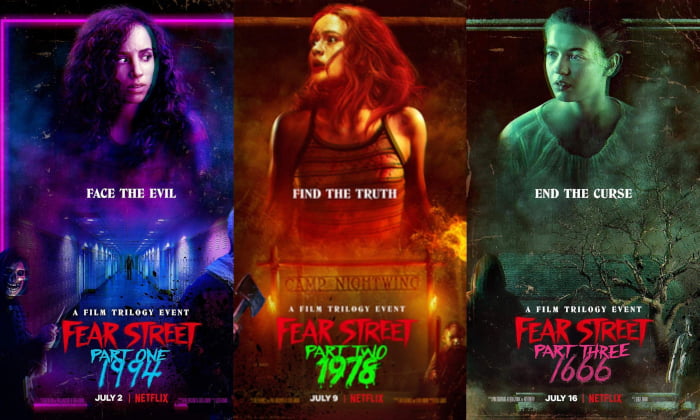 Netflix’s new retro slasher trilogy Fear Street follows the teens of Shadyside through their attempt to reverse its doomed path, all while finding themselves in the bloody centre of it.

Based on R. L. Stine’s Fear Street book series, the trilogy deals with familiar horror motifs of witchcraft, gory murders, horrors at campsites and nods to the classics (including Friday the 13th and Halloween). Yet it still brings its own identity to the slasher genre.

Though each instalment was enjoyable, here’s my worst to best ranking of Fear Street 1994 to Fear Street 1666. 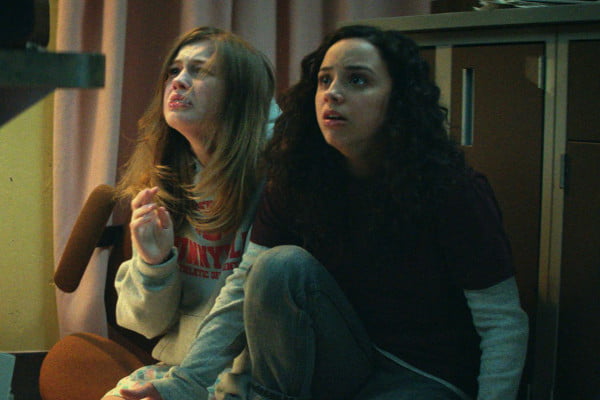 When Scream meets Stranger Things, the trilogy opens with a series of brutal killings in Shadyville Mall, dubbed “the murder capital of the United States”. The name follows centuries of similar spooky events that have haunted the town.

After a group member inadvertently disturbs the resting place of an accused witch, they become the newest fixation of a crowd of undead, masked murderers.

Part one delivered well on settling in the sorcerous mythology, and left just enough up in the air to drag me back for part two.

And though I loved this film visually, and what a soundtrack, I found myself just passively watching until the main act, where things finally cut (or slashed?) to the chase. 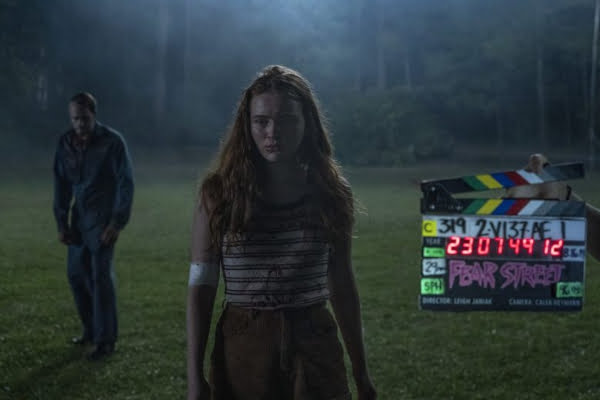 Part two sees 1978’s contribution to the town’s cursed history, the horrors of the Camp Nightwing killings, while adding depth to the mythology and playing to the camp slasher niche.

1978 felt like the elements of part one were plugged into an amplifier; more gore, more tension, darker themes, stronger characters.

The main personalities (most notably Sadie Sink’s Ziggy) were electric, and with only half the screen time managed to fulfil what was missing from the main 1994 gang.

It clicks perfectly into the trilogy, presents an enjoyable twist and could be a stand alone success in its genre, though I do wish they went full Sleepaway Camp with it. 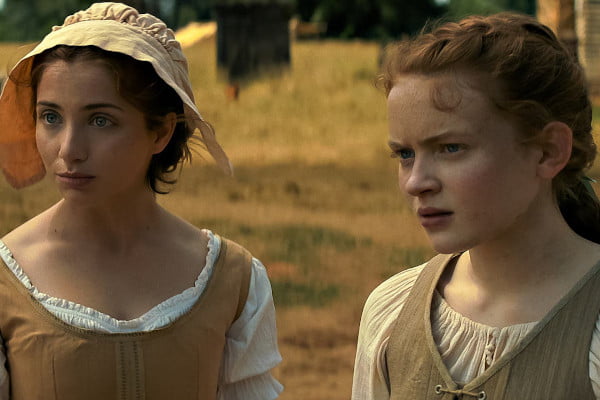 Being the riskier of the trilogy, part three transports back to colonial 1600s, unravelling accused witch Sarah Fier’s execution and the origins of Shadyside’s murderous plague.

I was partially expecting the trilogy to just play out at face value: a tale of a hanged witch whose soul can’t rest until someone does x and y. This is a narrative which, for a huge horror fan, is hard to make memorable.

But when you realise that Sarah Fier was never the real evil, and the more earthly and familiar-faced origin of the curse is revealed, it’s a hugely fulfilling conclusion.

Though it did fall victim to pacing issues in the first 50 minutes, and I was tempted to have this joint first with part two, the tragic story of Sarah Fier and its ending was the highlight for me. It was also a very welcome surprise.

The nostalgia, individuality, commentary on diversity and ‘not taking itself too seriously’ approach makes Fear Street worth the watch.