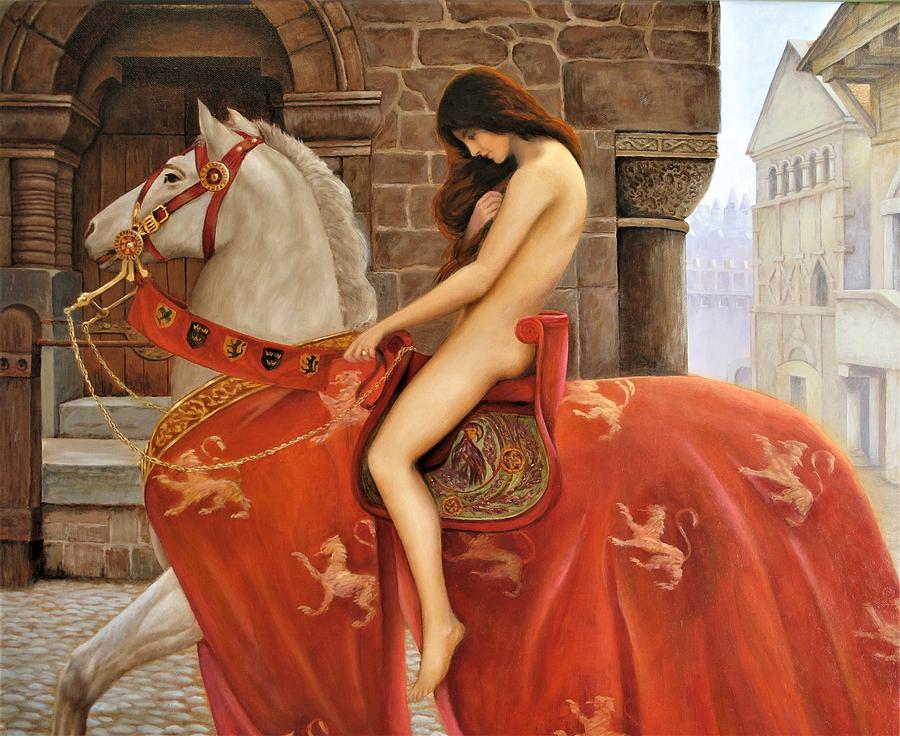 You may or may not be familiar with Lady Godiva. She’s hardly contemporary, apart from being referenced in a Queen song. Godiva, Countess of Mercia – to give her full title – was an English noblewoman in the 11th century whose husband ruled over the much-revered kingdom of, er… Coventry.

Lady Godiva was, however, a woman of the people. Legend has it that she pleaded with her husband to free the people from an oppressive tax he had imposed. Growing weary of her begging, ostensibly he offered to withdraw the taxes if she dared to strip herself naked and ride around town on horseback. Unphased, Lady Godiva politely requested all the townsfolk stay inside and shut their windows.

But, there’s always one!

According to later articles, there was an established convention that a local tailor; named Thomas; distinguished himself as the only person not to heed Lady Godiva’s instructions and thus forever became known as ‘Peeping Tom’. According to legend, Thomas was later struck blind by the Gods as a heavenly punishment.

Since the seventeenth century, a wooden oak figure, “a grotesque figure called Peeping Tom” has been displayed as part of the annual ‘Godiva Procession’ commemorating the tale. The celebration today is primarily a music festival rather than a ritual to condemn the tailor for his fatal curiosity. It would seem the message behind this particular idiom isn’t dissimilar to the meaning of Pandora’s Box; don’t meddle with what you ought not to. In Pandora’s case, a box filled with all the world’s evils and in Thomas’s case, a young woman parading nude through the city centre.