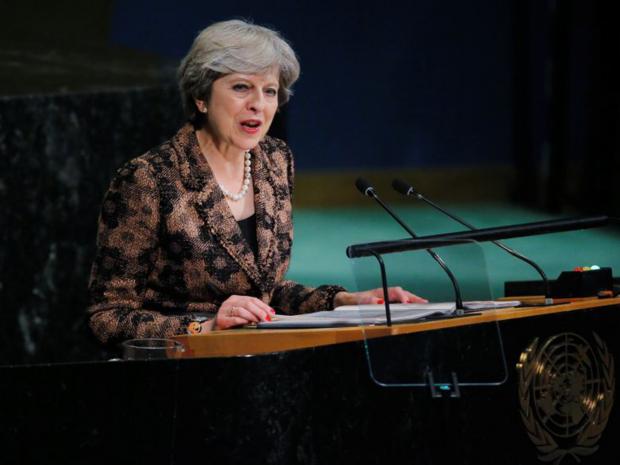 Established after the Second World War following the rise (and fall) of fascism and the atrocities of genocide, the United Nations was intended to be a new world order. And, for a while, many people thought it really was.

It put peacekeepers with blue helmets right in the heart of communities affected by terrible war and poverty. They were respected (quite surprisingly) by enemies and weren’t killed. The UN got involved in the gritty issues – at least for a while.

For a few years now many people have been discussing whether or not the beacon of hope for world peace was beginning to fail in the same way that the similar organisation, the League of Nations, set up after WWI did. And now, with a slamming from Donald Trump on Wednesday and now another brutal stab from Theresa May the following day, the UN is under more scrutiny than ever.

British Prime Minister Theresa May told an almost empty UN General Assembly on UN week that it was “failing the world” and that she wouldn’t be giving the UN its money if it didn’t pull its finger out. Fair enough.

May told a few of officials (two of which were from her own government) that the UN suffers from a “seemingly unbridgeable gap” between the “nobility of its purposes and the effectiveness of its delivery”. It came after International Development Minister Priti Patel announced that the UK would not be giving the organisation the full £90 million of its funding if it didn’t reform and reform quick.

But is the criticism of the United Nations true?

Well, on the whole, the easy answer is yes.

Virtually all of its meetings are done in private with no public eyes watching and no media reporting. It remains a stony, isolated figure located on First Avenue in New York where global leaders are located this week.

It has failed to help in a number of wars and thereby failed its mission, missing its goal by a long shot. The devastating civil war in Syria that has displaced millions was not stopped by the UN. While many leaders don’t place the blame at the UN’s door, Russia cannot be the only country blamed for the atrocities. The UN was founded to deal with issues like Syria.

As well as this, countries aren’t going to war with each other that much either. There is no Germany invading Poland this time around – it’s in-fighting and civil war. The UN was about countries working with other countries. So in terms of preventing a world war, it seems (so far, at least, but more on this later) successful. After all, Trump hasn’t pressed the red button yet. By and large, countries have talked to each other. But then there was Iraq…

The UN failed to stop North Korea escalating to this stage too. Diplomatic talks were showing some signs of improvement before Kim Jong-il died in 2011. Then they ended abruptly.

Basically, the UN just isn’t equipped to deal with the problems of the 21st Century. It could work if the reforms are purposeful and direct, though, so it’s not entirely going to crumble. And it isn’t open enough about what it does, either. Nobody seems to know quite what it’s doing, just that it’s there and it usually gets praised. It needs to communicate better.

So, Theresa May is right. (Gulp.) It’s time the UN changed and withholding funding is probably a good way to make it do that. However, it is vital that May actually ensures she gives them the money back again once they’ve changed their ways, otherwise the UN really will collapse.

Tough love is the correct approach right now, I think. It’s time the UN stepped up to the plate. Let’s hope they heard her, even if they weren’t there in person.