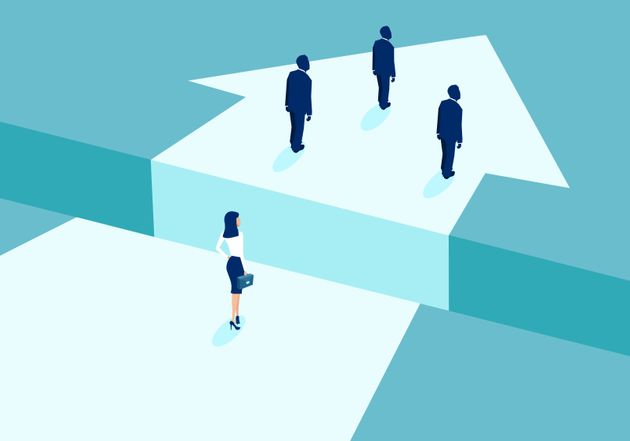 ‘The wage gap’ is phrase which has floated around for years in society, encompassing the fact that women are paid less than men. It cannot be denied that the wage gap exists: it’s a fact. Yet more often than not the phrase is perceived as simple, when indeed it is not and the wage gap is a far more complex issue.

In an article penned by b**p writer Daniel Craven, he states that the wage gap is not as a result of “the dreaded patriarchy” – but could the patriarchy indeed be the embedded because of the gender pay gap?

It is important to consider the historical context when it comes to this issue. Throughout history, women have often been perceived by a patriarchal society as an almost lesser species with basic freedoms restricted due to the power of the man.

In fact, just over 100 years ago, women were only allowed to vote due to the movement of the suffragettes which marked a turning point in reducing gender inequality. Although a huge milestone, women still face social issues today in which they are still perceived as lesser beings to men. Whilst this isn’t the case for everyone, it can’t be denied that there are indeed people who view women in this way.

It is an unfortunate reality that gender discrimination in the workplace exists – arguably due to the subtle patriarchal society in which we still reside in. In the world of work women are often subjected to discrimination – even if it is mainly of the subtle kind, it is discrimination nonetheless.

Women are more likely to be judged by their looks and how they dress than their male counterparts. An example in the world of work could be airlines: for example, women often have stricter more adherent dress codes for airlines such as Emirates. They have to adhere to standards of beauty more intense than their male counterparts due to the sexualisation of women in the workplace. It is undoubtedly rooted in society that women are often tools used to please men. After all, I should remind you again that women weren’t allowed to vote – after years of serious campaigning – until 1918. The dominance of men in society existed then and, without a doubt, it exists now. Although, granted, it is not to the same extent as in the 20th century.

Gender discrimination at work is something experienced by many women across the globe, for example global company Microsoft received 238 complaints to its HR department between 2010 and 2016, including 108 complaints about sexual harrassment. If that doesn’t highlight an issue that women are preyed upon by some males within a workplace, I don’t know what will.

Indeed men are privileged in today’s world. We as a global society have not yet reached a point where socially women are not looked down upon. Though we are quite lucky in the UK today as gender inequality is experiencing a decline – but globally, rates differ hugely. In recent months in the UAE women were finally allowed to drive. That is patriarchy and it is real, and it hinders women from having as much freedom and opportunity as men do. Thus, yes, women are paid less, because men are so easily placed into positions of power in the world.

There have been 45 presidents in the USA, the most powerful country in the world. None of them have been women. While this is indeed a separate issue, is a great reflection of how society still perceives women today. In the 2016 US presidential election, Hillary Clinton became the first woman to represent a major US Political party ever. It has taken 227 years since the first US election for a woman to be deemed strong enough to represent a US political party on such a scale.

If it has taken the US that long to allow women to have a glimmer of political power, countries of arguably less advancement are in a state where it will take perhaps another 227 years to reach a status of the same.

Discrimination of any kind should never happen. We are all on this Earth together and ought to make each others’ lived experiences as great and opportunistic as possible. Although my ideal world may never reach realisation (I wish it could!), we are as a society taking monumental steps forward to reduce inequality and I hope we progress forward.

However, social inequality does exist, as does the patriarchy – that can NOT be denied. And yes, whilst laws and regulations are in place to prevent discrimination, societal beliefs that are rooted in our understanding due to patriarchal ways are responsible for the fact that women often don’t have as many high paying opportunities as men (e.g. science is perceived as a subject mainly for men).

The patriarchy is real, and it is responsible to an extent for the gender discrimination highlighted in Daniel Craven’s article. Whilst his points are indeed factually correct, why are they correct? Because of the roots of the patriarchy our society is built upon.

To conclude I want to leave you with an important quote by singer Beyoncé to reflect upon: “feminist: a person who believes in the social, political and economic equality of the sexes”.