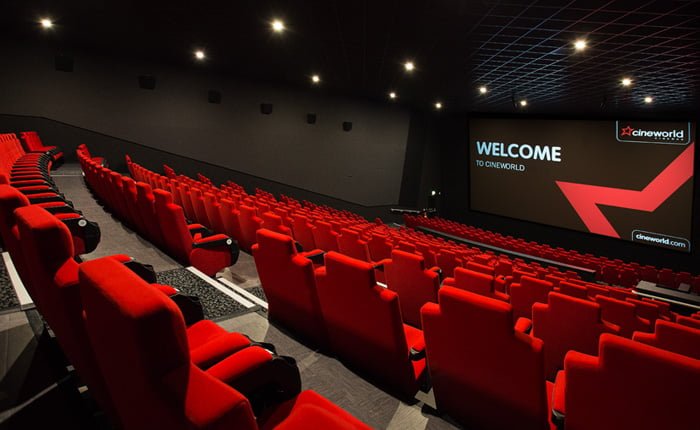 It’s not often you go to the cinema and actually rate the venue itself rather than the film. However, I was so impressed by Cineworld Newcastle upon Tyne in The Gate that I thought I’d give it a review.

For way too long in Newcastle, we’ve been stuck with Odeon – the German cinema giant streaming all the latest blockbusters. The modern touch given to the Odeon Metrocentre when they killed Metro Land was an eventually welcome addition. However, skyrocketing prices meant that Odeon became quite unaffordable for film fans.

As a young person, paying £9 per ticket is extortionate – especially when they’re charging £700 for popcorn. It was getting to the point with Odeon that I’d seriously consider remortgaging my mam and dad’s house to go and watch Bohemian Rhapsody.

Anyway, Cineworld Newcastle is the hero of this story. At £6.50 per ticket for students and children, we can afford to go to the cinema once more. I swear this price put me in a great mood for The Lion King.

With seats that are plush and have the ability to recline, not only do you get in cheap, but you can actually get comfortable too. You don’t even get that luxury on a plane (unless you fly business class, of course). Also, the general interior of Cineworld Newcastle is much nicer than Odeon. It’s sleek – a glossy black and red colour scheme is much better than the school-carpet-blue of Odeon.

So, it’s safe to say I won’t be heading to Odeon to watch a film any longer. Cineworld Newcastle is fantastic. The only thing that would make this cinema a 5/5 is cheaper popcorn and drinks, though this is always the case with any cinema you go to.