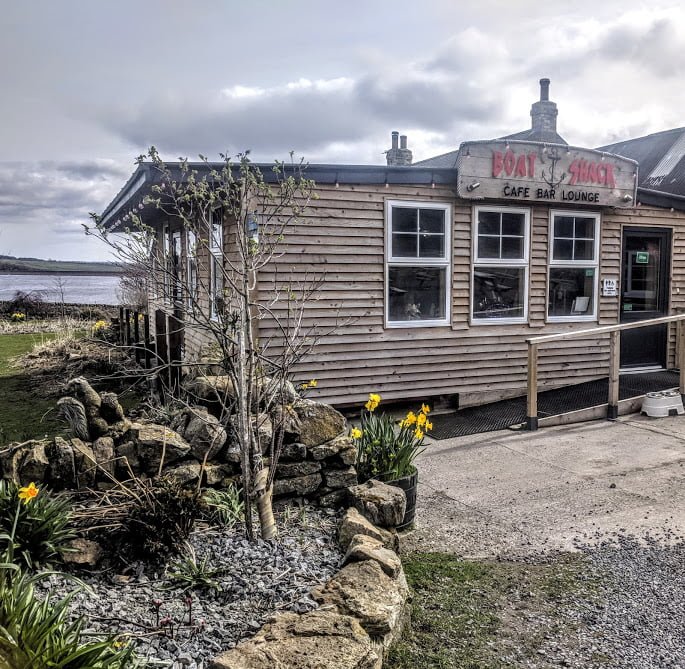 It gives me no pleasure to say it, but The Boat Shack, settled in the nest of the stunning Derwent Reservoir, was a bit of a disappointment.

The cafe-style parlour has an Instagrammable selling point: its milkshakes. Everyone from everywhere has had one (or so it seems) and they look absolutely incredible. So, on a drive to Edmundbyers we stopped at The Boat Shack and tried one.

To begin with, there’s not really that much choice. You can basically get vanilla, chocolate, a sweet-themed one, a Hershey’s Brownie or Biscoff shake. For a place so established when it comes to milkshakes, you’d think there would be more branded flavours. Who doesn’t do an Oreo milkshake?

A Hershey’s Brownie shake was nice, don’t get me wrong. There was far too much of it, though, and it got sickly basically as soon as I had eaten the cream on the top. The brownie was delicious, but the shake itself was too much in the end.

We also ordered some food at The Boat Shack, which was totally lacklustre. I got a cheeseburger and cheesy chips. It wasn’t really anything special. In fact, I didn’t really like the chips at all, to be honest. The burger was fine – just a frozen burger in a bun. I wouldn’t mind all this if you didn’t pay over a tenner for it all. The Boatshack’s prices are super expensive, and not really justifiable for what you get.

All in all, next time I visit the Derwent Reservoir I’ll be taking a picnic. It’s the only cafe in the area, so no wonder they charge above the odds. But it’s really not worth it. You’re better off going to The Great British Cupcakery.