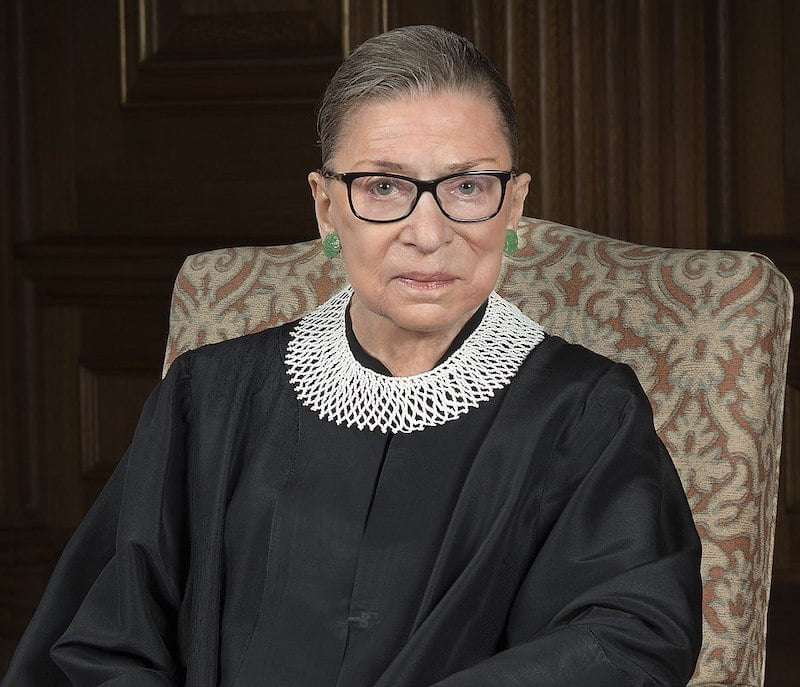 Ginsburg, often referred to by her initials ‘RBG’, was renowned for her inspiring speeches and her work on landmark equality cases in the USA. Appointed as a supreme court justice by President Bill Clinton in 1993, she was the second-ever female justice and served for almost 30 years.

It is important to note, too, that RBG had changed America long before Clinton appointed her – as is often the case with such appointments. Before 1993, RBG had spent twenty years as a lawyer and went on to work for the DC circuit court of appeals. There, the timeless American icon began the work that captivated the hearts and minds of millions. Ginsburg successfully worked on cases expanding civil rights law and 14th amendment protections for women. She was actively undoing the rigid legislation that had cornered women in the USA for most of its history.

It is perhaps the words of RBG that resonate so much with people around the globe. When asked when there would be enough women on the Supreme Court, she would respond with “nine”. Why? Because there had been nine men before and nobody had batted an eyelid.

Women will only have true equality when men share with them the responsibility of bringing up the next generation.

Aside from this, Ginsburg had the all-too-identifiable struggle of being a woman searching for a good job at a time when it was unsavoury for women to work in professions such as law. After she graduated, no law firm in New York would employ her. This – and a lifetime of blatant sexism – led to RBG’s immortalisation as a feminist icon.

In 2018, the film RBG was released, directed by Betsy West and Julie Cohen, giving unprecedented access to the mighty 5ft legal genius. It was nominated for an Academy Award.

The woman who gave so much for women’s rights has left us. Now it is up to us to continue the fight.