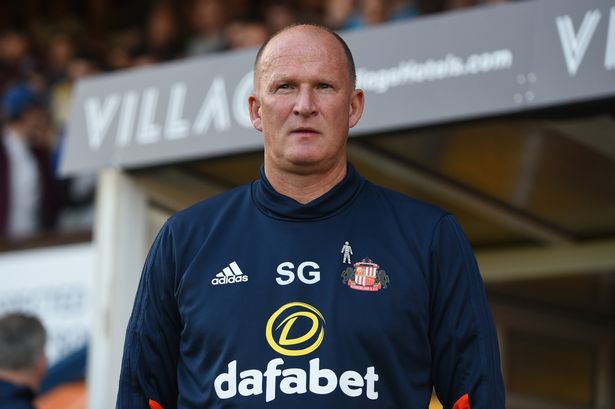 Sunderland has sacked their manager, Simon Grayson, after just four months with the club.

Grayson joined Sunderland on the 29th June and played 18 games as manager. In these games his squad only managed 3 wins, 8 draws and 7 losses. Currently, Sunderland is currently 23rd which is not good enough from a recently relegated team. The club confirmed his departure from the club in the 17th minute of their game against bottom of the table Bolton the game ended 3-3 where Patrick Mcnair saved Sunderland from a loss in the 79th with his goal.

Sunderland is set to play fellow North East side Middleborough on Sunday where three points have never been more needed.

There are many different reasons why Grayson was sacked including his leaky defence and poor choice of a goalkeeper in certain games. However, with a large amount of debt hanging over the team’s head, the manager had little to work with when it came to improving his squad.

As it stands a few different managers are in the sights of the struggling club including former player Kevin Philips who won the Golden Boot for Sunderland in the 1999 /2000 season. He is a club legend and the fans will be excited if he gets the job. He is currently Derby’s Assistant Manager, however, he wants to prove his managerial skills. Also, former manager Peter Reid says he would love a chance to return to the club since leaving in 2002. In the sixteen years since his departure, the club has had 17 managers including joint caretakers Billy McKinlay and Robbie Stockdale who are currently in charge of the club. Other managers who have a possibility of coming to the club’s rescue include Craig Shakespeare, Alan Pardew, Kevin Ball, and Aitor Karanka.

But whoever replaces Grayson needs to make a big impact on the club before relegation is a real threat. The other clubs of the North East are currently laughing at the club and things need to change in order to give the fans the glory they deserve.